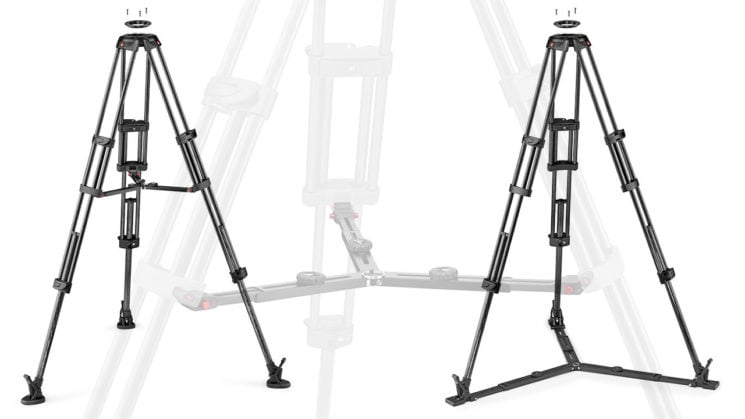 Manfrotto has today announced two new sets of Carbon Fibre Twin Leg video tripod legs. Designed to lighten the load while still being very rugged and rigid, the new tripods weigh a mere 3kg (6.6lbs) and can hold a load of up to 20kg (44lbs). They’re available legs-only, or with Manfrotto Nitrotech N12, N8 and 504 video heads.

The two sets of legs are visually identical but for one detail. The spreader. On one set, designed more for studio or other use where you’re regularly on flat ground, the spreader is at ground level, offering the maximum stability. On the other, the spreader is higher up, better suited to working on location where flat ground often isn’t available.

This difference between the two does come with a slight difference in weight. The ground spreader version comes in at 3.27kg, as the spreader is obviously a lot bigger. Although for a tripod of this size, it’s still not very heavy at all. It also allows you to get the tripod a little higher and much lower to the ground when needed. 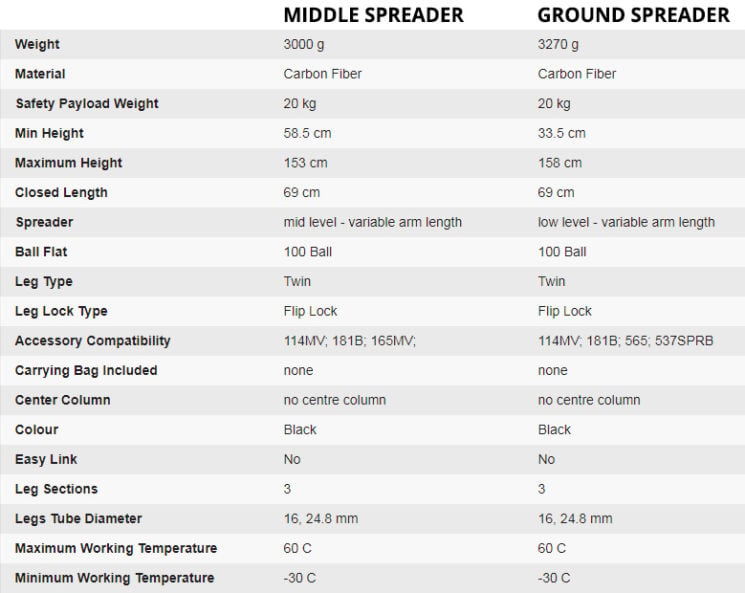 Manfrotto says that the new tripods see a 50% increase in rigidity thanks to a combination of the carbon fibre tubes and a new internal leg lock mechanism. They come with a 100mm bowl head fitting but also include an adapter for using 75mm bowl heads to offer maximum compatibility.