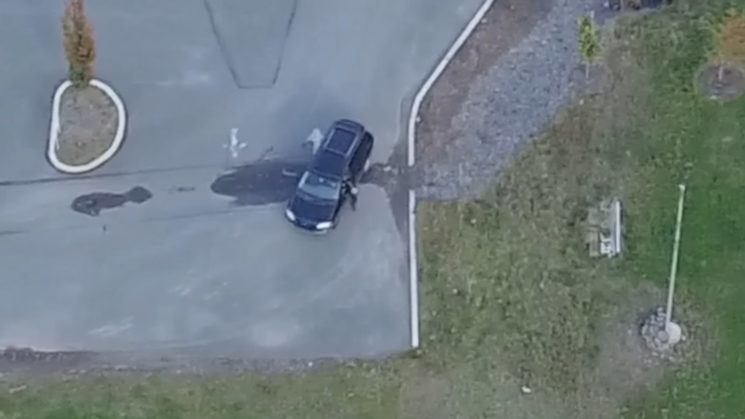 This is one of those stories that seems to come with so much conflict. On the one hand, you’ve got a YouTuber who goes by the name of “YAOG” who now knows the truth. His wife is cheating on him. Some might argue that the truth was the most important thing. But, then, on the other hand, you can start to see why countries such as Sweden classify drones with cameras as “surveillance equipment”.

Seemingly unhappy in his marriage, YAOG had become increasingly suspicious of his wife. After receiving a phone call backing up his suspicions, and noticing she’d been leaving earlier for work than usual recently, he decided to follow her. He tried the usual way a couple of times, but was unsuccessful. He suspected she might’ve noticed him. So, he fired up the drone that could watch from a distance.

You can tell he’s not best pleased, and understandably so.

If you’re not paying attention, you might miss it. Here it comes. There it goes. Boom! 18 years! Gone!

A few have come out to question the authenticity of the video. Reddit user Ugleee claims to be YAOG and insists it is 100% real.

What do you think? Would you have done the same in his shoes? Or do you condemn his actions? Let us know in the comments.