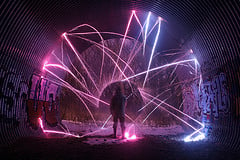 The following article is a guest post by Dana Maltby a.k.a. Twin Cities Brightest a.k.a { tcb } an addict to Light Painting.

Now that you know the basics of light painting let’s move on to creating the effects you want.

If you have a certain idea about a lighting effect you want, chances are you can make it happen. Some ideas are cheap and inexpensive while others can be costly and time consuming. Every project is a great learning experience, and the results seen in the photos later on will keep you on your toes and inspired constantly.

In the following post I will present the tools of the trade that I use to create my light painting art. If you know of other light painting tools and tricks, please add them in the comments. 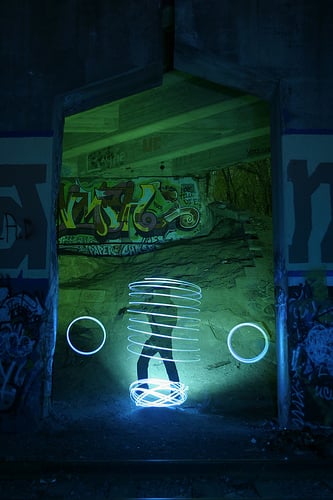 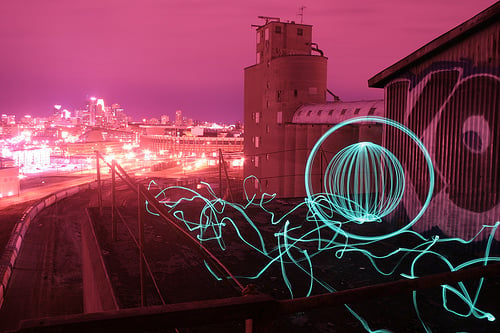 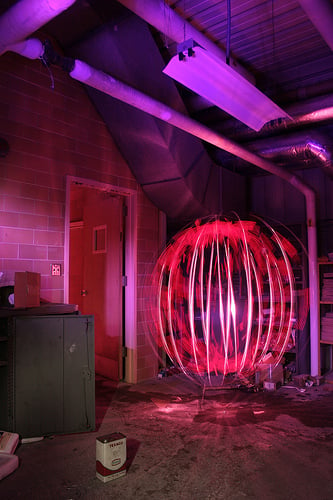 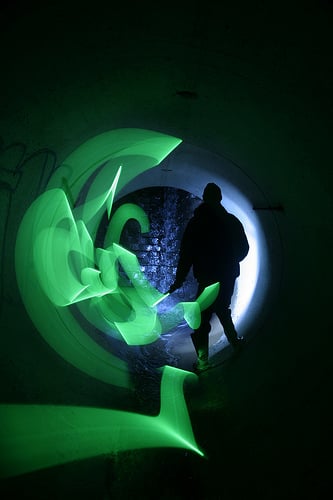 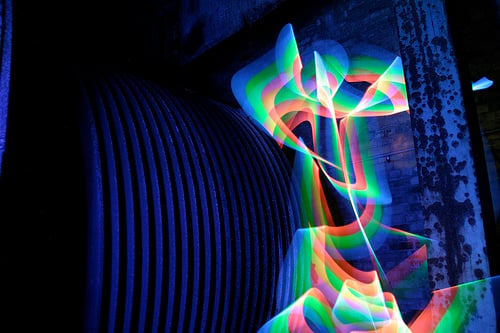 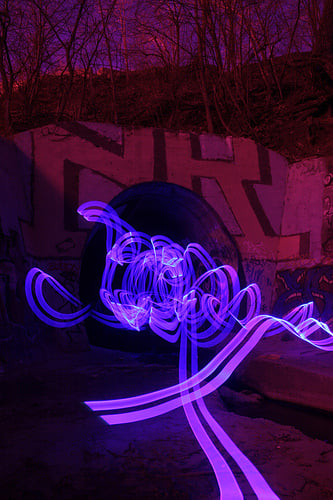 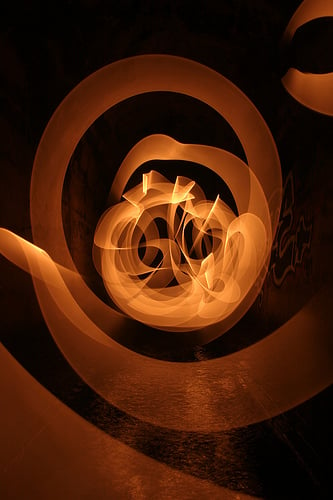 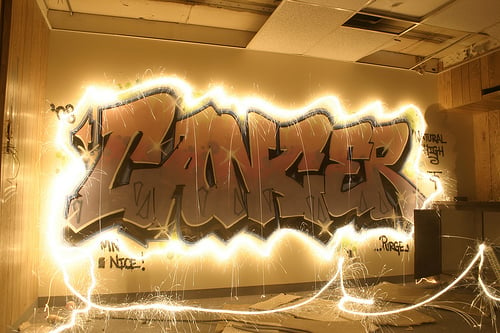 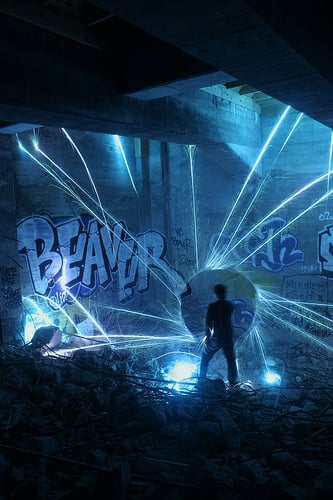 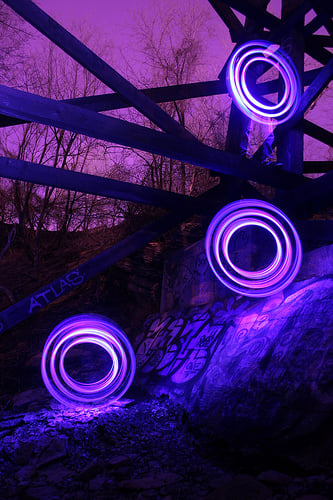 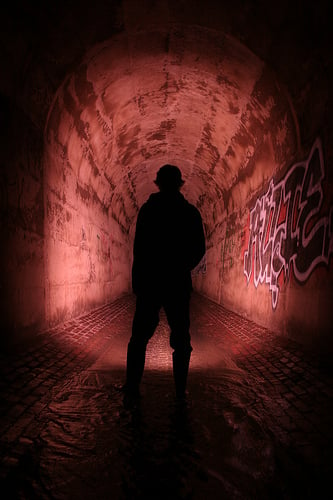 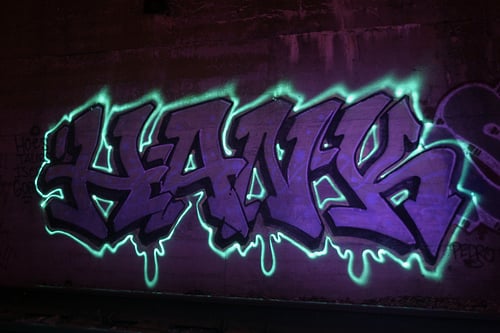 All the images above were taken with the cool stuff from my new bag. However, there was some evolution to this. It is less important when a certain item went into the bag. Instead, try and see how each cycle improved on certain ideas.

This is my first set of gear 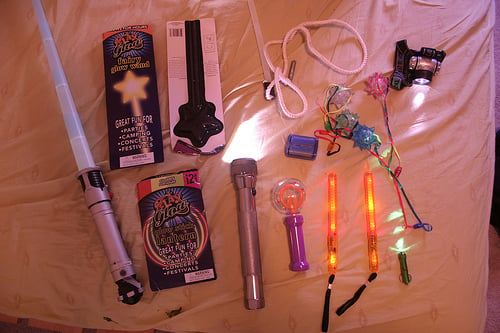 It was taken about a month into light painting. There are glowsticks, kids light up toys, a flashlight I was borrowing, and a star wars light saber (which sounds way cooler than it looks). Click the image for more details

The set has evolved into this 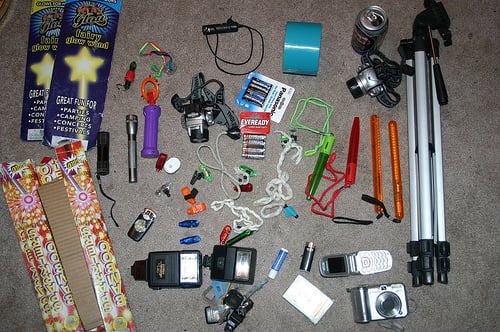 This set has some of the same items from before, (the spinning rattle’s  plastic shell broke off) with the addition of some new items. Single LED’s were found useful for spinning on strings and writing letters with since the stroke of the light beam is so small.

By this point I had learned that a hand held flash is a great thing to have with, you can do silhouettes, light the room in just a moment, and do test shots so you don’t worry about your camera battery dying. It’s also good to be prepared, bring extra batteries, multiples of inexpensive items, and anything you can think you may need, for example a roll of tape is always a good thing to bring.

Finally after months of experimenting, breaking, learning, and being completely obsessed, my backpack looked like this. This is actually the one that you see in all the pictures above 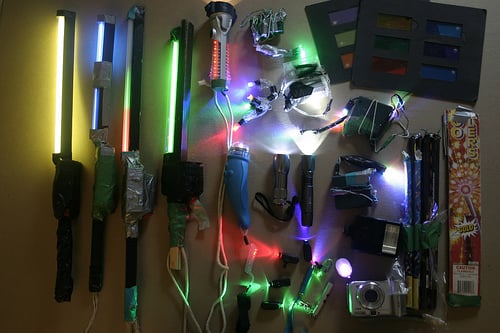 This is when things started to get really fun, and make the light painting experience more enjoyable than ever. The flaws of the earlier tools were taken into account, and the problems solved in different ways.

For instance, tying a LED light to a string looks great, but you have to grab the light to turn it on and off. The solution was simple, by using battery operated Christmas light strands, I could bunch up multiple LEDs at the end, cover those lights that were in between the bunched up end and the battery pack, and it was invented.

A light where one hand can hold the switch, while the other hand can hold and spin the lights. This allowed for a more refined way to spin lights. The effect was great, so different kinds of battery operated lightstrands were used to get different effects and colors. However since the spinning is done using the actual wire, it can wear out or get damaged, this was the demise of many of my tools.

5 professional and DIY light painting tools for you to try

Top 5 light painting tools that you can make yourself