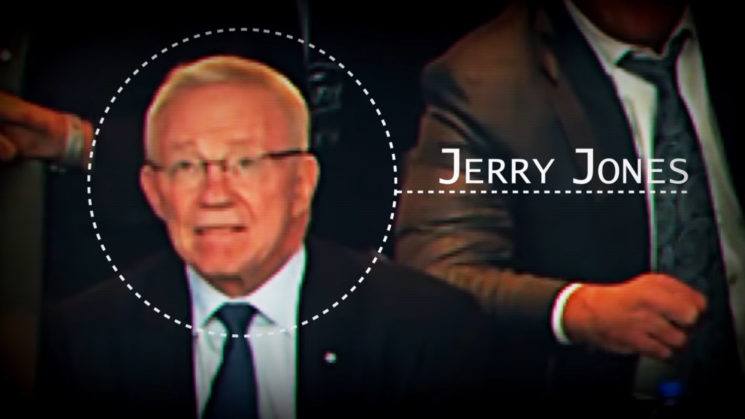 Every time the Dallas Cowboys score a touchdown, intercept, win, lose, tie, you need to get a shot of Jerry Jones. And it’s cameraman Dale’s job to cover that angle. “Filming Jerry Jones for three hours is… rough”, says Dale, “I know him so well”. As you would, if you’ve got your camera pointed at him for three hours at each game.

For Dale, it’s the hardest job in sports. And it probably would be, if it were a real job. Of course, the whole thing’s made up. It’s an amusing look at an imaginary job. But it does make you wonder who’s responsible for some of the shots we see regularly in sports games and on TV.

While Dale’s story is entirely made up, the job itself isn’t always so imaginary. I know several people who shoot video at events. They regularly find themselves stuck on one subject the whole time, ready to catch those reactions when something happens. I’ve even assisted a couple of them, and it’s not fun.

Have you faced stills or video shoots like Dale’s? Is it something you find yourself doing often? Are there other tedious or boring photography jobs do you do? What other imaginary photography jobs have you seen or can think up? Let us know in the comments.

My 12 Hours With Jerry Ghionis: A Review of the “How to Wow” Tour

Antony Armstrong-Jones, Earl of Snowdon and Photographer, Dies at 86

« Fuji teases 7 more GFX challenge videos to show off what it can do
Quick tip: How Lightroom Survey Mode helps you choose your best images in a flash »