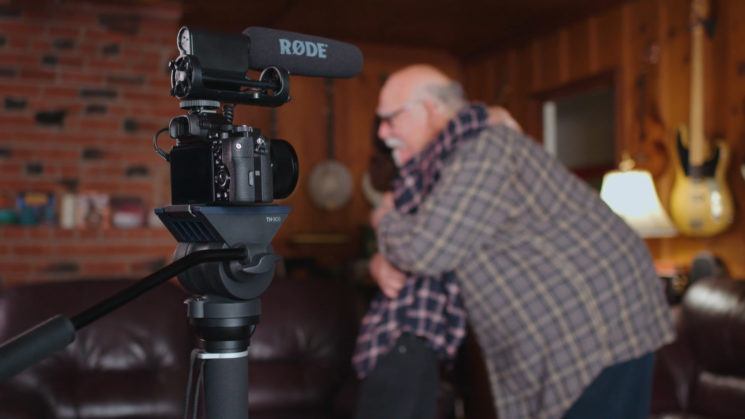 Shooting video from a tripod isn’t always the easiest thing to do. They’re big, unwieldy, and while they serve a fantastic purpose, they’re not always fit for purpose. At sporting events, for example, it can often be difficult to turn quickly enough to follow fast action. For regular events where you’re mingling with other people, they just get in the way. This is where monopods step in.

Libec have today announced their new fluid head Hands-Free Monopod (HFMP). While other free standing monopods are available, this one is specifically designed for the heavier rigs many of us find ourselves using for video. It has a thicker centre pole, stronger clamps, and bigger, locking feet. It comes in two flavours, monopod-only, to which you can attach your own head or as a kit. The kit includes the monopod and pan tilt head, which can also double up for use with regular 65mm bowl head tripods, too.

Switching between modes is a doddle, thanks to a handy little foot switch. Press down on it once to lock the tripod, and again to loosen it. Very handy if you just need to leave it for a few seconds to switch lenses.

As you can see from the specs, it can take a pretty decent load, too. For the monopod only, it has a capacity of 17.6lbs. How much of this ends up being camera, lens, microphone and other bits depends on which head you choose to go with. As well as eating into your 17.6lb overall allowance, the head will have a load capacity rating of its own. 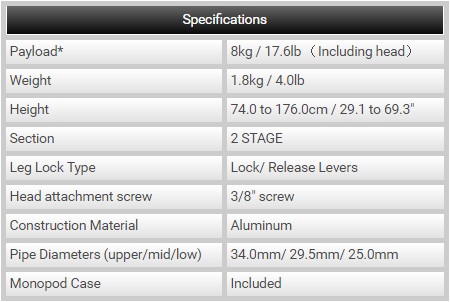 If you go with the kit, that capacity does drop down somewhat. But even 9lbs should be plenty enough to satisfy a whole lot of video shooters, especially those with DSLRs or mirrorless. Plus Libec are usually pretty conservative with their load capacity ratings. My Libec TH-650DV, for example also has an official load capacity of 9lbs, but I’ve had a fully loaded Sony DSR500 sitting on it before now with no issues. 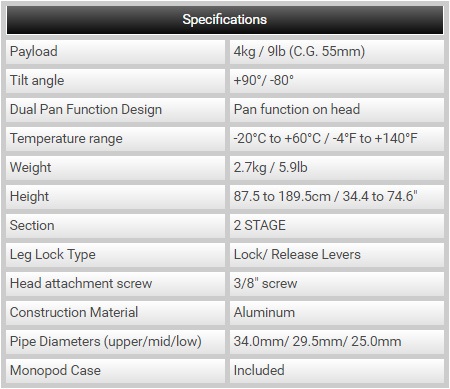 Libec do mention it on their website, but that payload capacity isn’t a free-standing guarantee. This is the straight up load capacity when using it like a regular monopod. With a centre of gravity so high, many factors will determine how well it stands up on its own. So, always use caution when you’re using it “hands-free”. And don’t leave it unattended.

I’ve been a big fan of Libec’s tripods for years. I got my first about 8 years ago, after having worked with other peoples for a couple of years. Despite now owning half a dozen other tripods, the Libec is still my go-to. For stills or video, it just works brilliantly. A rock solid and stable platform that never seems to have any issues with wind. And it’s light enough to carry around with all day.

So, I can’t wait to check out the HFMP in person.

The Libec HFMP monopod is available on its own or as a kit including the pan tilt head. The two are priced at $159 and $259, respectively and will be available from January 30th.

Do you use a monopod for video? Which do you currently use? Or do you mostly use a tripod? Does the Libec HFMP look enticing to you? Let us know in the comments.