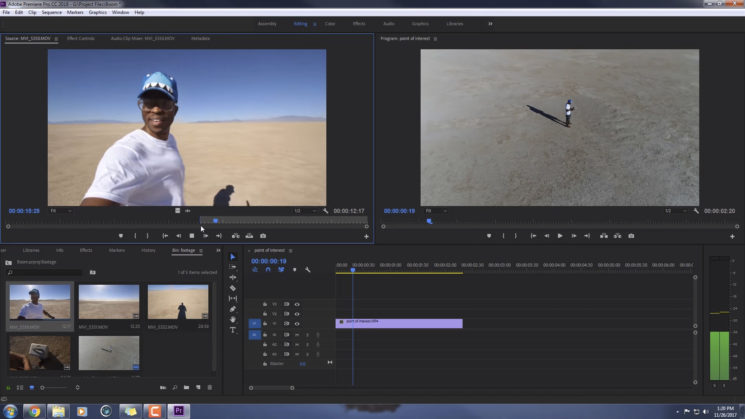 Making the transition from stills to video can be quite daunting at first. There are so many new things to learn and try. Things that fill us with both excitement and dread. Not least of which is editing. There are so many editing applications out there now, but the popular editor of choice is still Premiere Pro. If you’ve never used it before, though, it can feel pretty overwhelming.

In this video, filmmaker Darious Britt takes us on a whirlwind tour of Adobe Premiere Pro CC 2018. In just 11 minutes we see the entire process along with commentary. Darious goes over transitions, cutting & adding audio, slow motion, colour correction & grading, titles, and a whole bunch of other essential features. So, if you’ve been struggling to get to grips with Premiere Pro, have a watch.

Aimed at complete beginners, the video goes over all the basic information you need to get up and running. There’s so much to Premiere Pro, though, that you obviously can’t cover everything in only 11 minutes. Darious does run through things fairly quickly, though, so there’s a lot packed into it. You may need to watch it 2 or 3 times or play it back at half speed to catch some parts.

The video doesn’t really cover editing style and technique. That’s something that will depend on you as an individual and the film you’re trying to cut. It’s a personal choice.

So, there’s still a lot to learn after this. But at least this should get you started if you’ve been afraid to give Premiere Pro a try.

Learn the basics of Adobe Premiere Pro in 15 minutes