Fuji’s Instax square format camera was first mentioned at Photokina back in September last year. At the time it was “in development”. Shortly after they released a somewhat cryptic short movie to advertise the camera. Now, it seems the development may be completed. Fuji Rumors are reporting what appear to possibly be the first photos of the new Fuji Instax SQ10 square format camera.

Surprisingly one photo shows a large LCD on the back. This LCD has led to some to suggest that this might be some kind of analogue digital hybrid camera. A digital camera with a sort of LightJet style printing technique. This might also explain why there doesn’t appear to be a viewfinder. Others have gone even further, suggesting that it might be possible to use it to print images from smartphones.

Although the images may be fake, the details do seem to match up with the images shown in the teaser video. 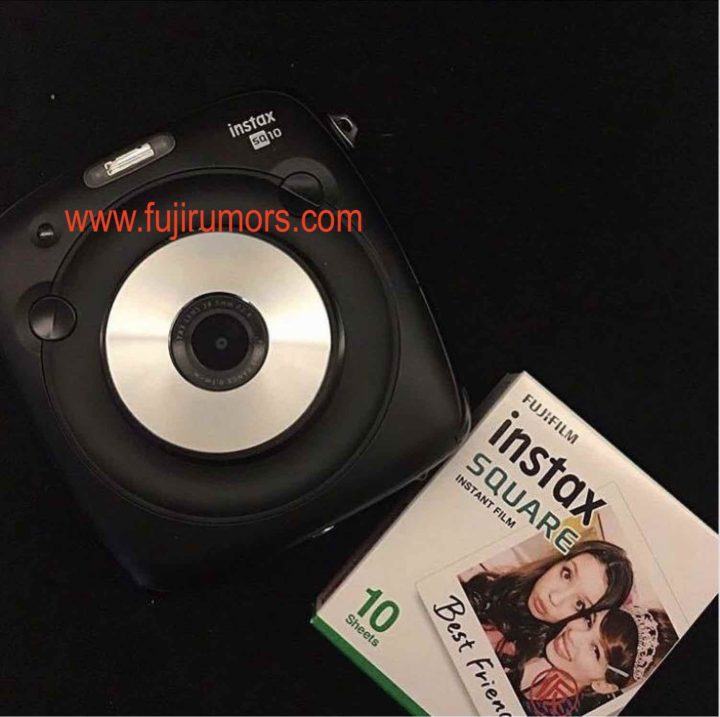 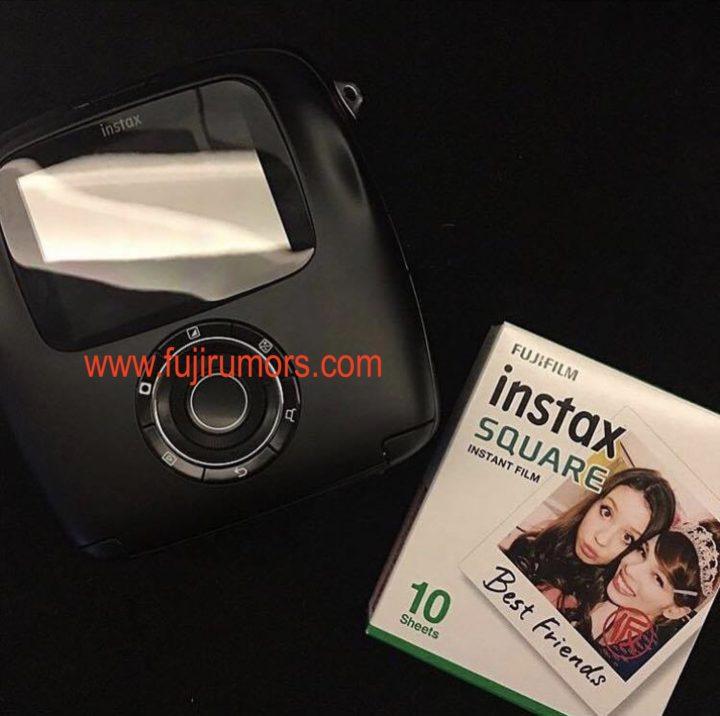 The back is certainly very different to existing Instax camera models. There’s an array of buttons on the back, including one that looks like a suspiciously like a printer icon. This would also add some credence to the idea that this might be some kind of digital hybrid.

If this is the case, then it wouldn’t be a stretch to assume it’ll also include social media sharing. Whether it would be directly from the camera, or via the use of a smartphone is anybody’s guess. If it does go through as smartphone, though, then I suppose it’s possible the SQ10 might be usable as a mobile printer, too.

If this is the final design, then it will no doubt come in the range of crazy colours we expect. But, as this is simply a leak, there’s obviously no official word on whether or not they’re real, or any news about a price or release date yet.

I’ve been thinking about picking up an Instax for a while now, but I’ve been waiting until the square format was a bit more final. If the suspicions are true, then this isn’t quite what I was expecting. But I’ll definitely be keeping an eye on this one.

« The seven camera GIF rig: taking wedding photography to a new level
Holga camera is coming back on sale »