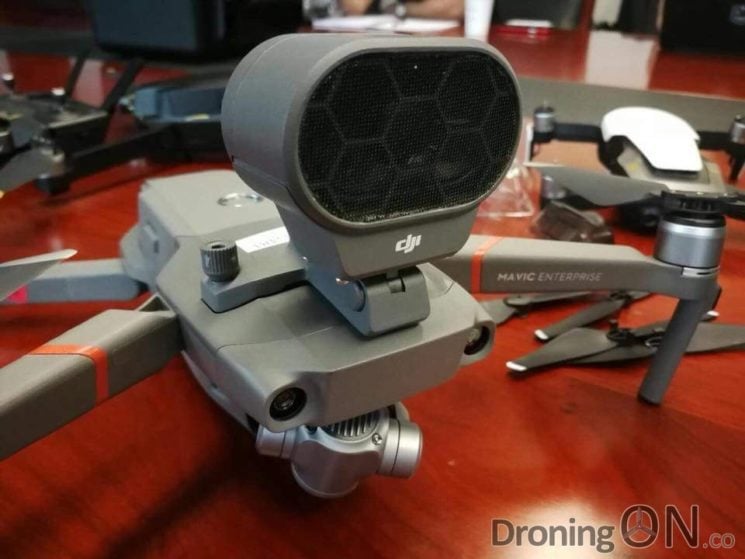 It looks like the Mavic 2 won’t be the only new version of the DJI Mavic being announced by DJI. Droning On reports that a new “Mavic Enterprise” model may be on the way, too, after posting some leaked photos. This drone seems to have various attachments that can be added to add various functionality to the drone.

Exactly what the functionality of these mystery add-ons might be is unknown at this time. In the image at the top of this page, it looks a little like a speaker. Although, that’s highly unlikely as a speaker that small isn’t really powerful enough to be heard from the air. It would probably have its sound drowned out by the Mavic’s four motors anyway. Perhaps some kind of sonar mapping system? It’s also been suggested that it might be an air sampling/analysis tool.

You can see that the Mavic Enterprise in these photos has the same overall design as the recently leaked Mavic 2 images, but with a new colour scheme, armband colour, name badge, and then there are those weird attachments on top. 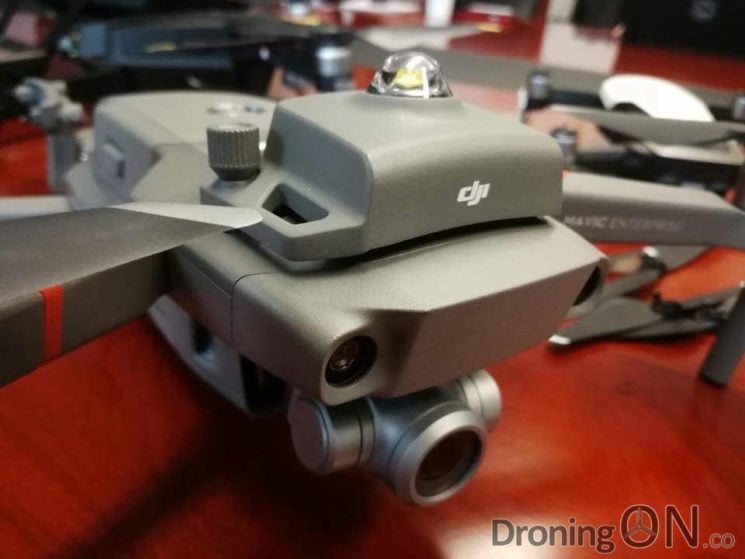 It could be an infrared (IR) receiver but, again, how would it receive signals from the ground? Whatever its purpose, I’m sure we’ll find out in due time.

Droning On mentions that this may be DJI muscling in on Yuneec’s prosumer/enterprise market that sits in between DJI’s consumer & high-end Matrice series drones.

One thing to note is that the camera in these leaked images is different from those shown on the leaked Mavic 2 photos. This means that the camera & gimbal system on the new Mavic 2 may be interchangeable. That would be a very useful feature, allowing drone pilots looking to shoot video or photography to tailor the drone to their vision.

I wondered how long it would take DJI to start diversifying their Mavic line of drones. They’ve been doing it with the Phantom for a while now, and it seems that soon we may have the Mavic Air, Mavic II and Mavic Enterprise all filling different niches and price points.

Obviously, there’s no word on when these may be announced, nor if they’re even real. We were hoping to find out on July 18th, but it seems that event has now been cancelled.

« BluDomain Killed My Website and Email – What’s Next?
The upcoming Nikon’s 500mm f/5.6 lens spotted in the wild at Nikon World Cup party »