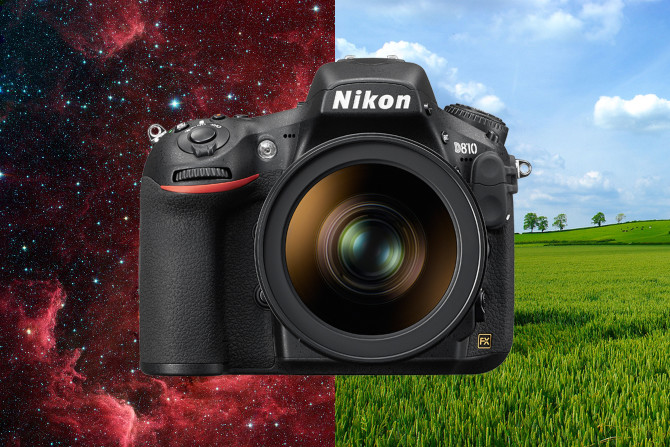 Exactly one week ago we reported that Nikon is rumored to release a version of the D810 which will be optimized for astrophotography, and today the camera’s specifications have leaked.

Adding new features useful specifically for astrophotographers, the camera will be usable for daily photography as well.

This information was reported by Nikon Rumors, who was able to track a post about the D810a by a French website called Les Numeriques. The post was quickly removed, but Google’s cache came to the rescue.

Among the D810a’s unique specs are a long exposure shutter speed of 900 seconds (15 minutes) and a customized IR filter that makes the camera 4 times more sensitive to H-Alpha.

For comparison, Canon’s previous astrophotography-oriented camera, the 60Da, was three times more sensitive to H-Alpha than the regular 60D.

The most exciting feature though is that the camera can be used daily without the need for IR filters. Previous astrophotography-oriented DSLRs, and cameras that had their IR filters removed by a third party, required the use of IR cut filters to block the infrared light that was no longer being filtered internally, as well as the use of custom white balance. It will be very interesting to see how Nikon achieve this.

This is quite a lot more expensive than the regular D810’s current selling price of $3,000, but the new model is expected to start shipping on May 28th, 2015, so you have some time to save up for the difference.

Nikon D810A Announced. Not Recommended For General Use.