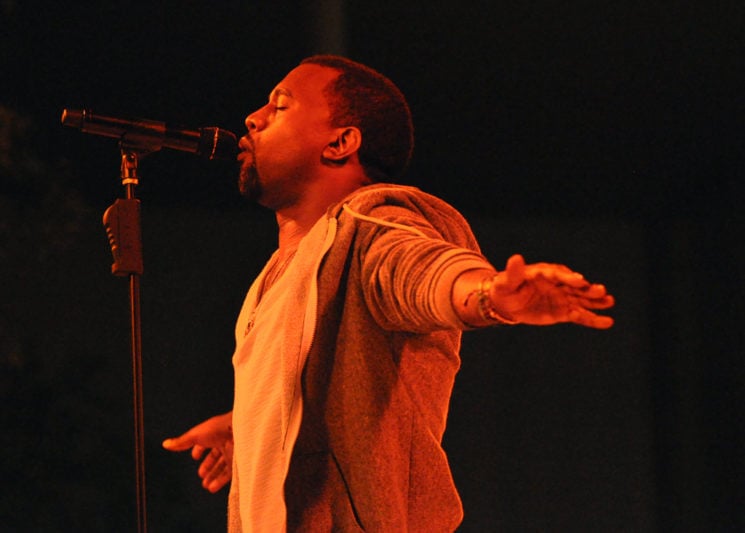 We’ve all done things at the last minute from time to time. Famous rapper Kanye West took it to a new level when choosing an artwork for his latest album Ye. He took the photo himself, with an iPhone: on his way to the album listening party in Jackson Hole, Wyoming. Why hire a photographer when you can do it yourself?

West held an outdoor listening party for his latest album in Jackson Hole, Wyoming this Friday. According to a tweet from his wife Kim Kardashian West, Kanye took the album cover image himself while on the way to the party. All musicians I know spend an eternity choosing the ideal artist and cover artwork for their album. But apparently, Kanye had a different approach.

Kanye shot the album cover on his iPhone on the way to the album listening party ??❤️????

The album cover is a snapshot of a beautiful landscape which obviously inspired Kanye, with handwritten text reading “I hate being Bi-Polar its awesome” [sic]. The famous rapper even launched a “Ye cover generator” that lets you create your own Ye album cover and write whatever you like over his last-minute snapshot.

As Ryan Mense of FStoppers notices and I agree, this shift in creativity is a very interesting phenomenon. How many times have you heard the phrase “everyone is a photographer nowadays?” I wouldn’t say this is exactly true, but with iPhones and other fancy camera phones, I guess everyone can feel like a photographer. I believe Kanye felt like one too considering that he decided to use his own snapshot as the album cover.

Now, I’m not a professional and I don’t make money from photography. But I believe that many professionals feel underestimated and annoyed because “everyone is a photographer.” What are your thoughts on this? Does it annoy you that everyone thinks they’re photographers or you’re not bothered at all?