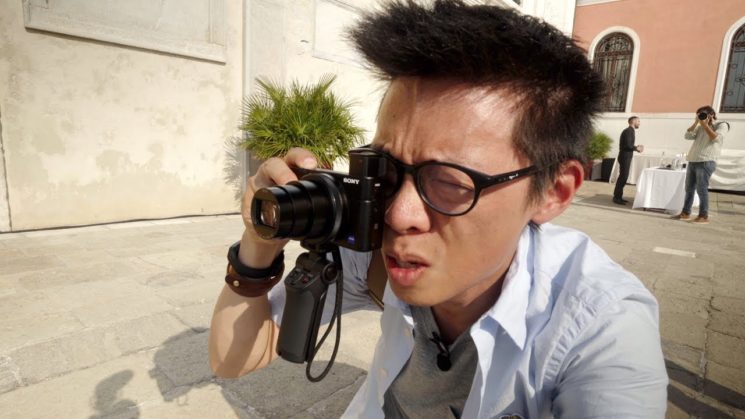 Sony has recently announced a fancy compact superzoom camera, the Sony RX100 VI. It looks identical to the RX100 V, but it boasts a 24-200mm equivalent zoom range and comes with a couple of improvements. Kai Wong had a chance to play with the new vlogging camera from Sony, and he brings you his first impressions of this latest piece of gear.

Like its predecessor, the Sony RX100 VI is aimed at young people a.k.a. vloggers (although not only young people vlog, but that’s another story). It shoots 24fps with fast, accurate AF and focus tracking. From the video, it seems pretty impressive. However, the camera started overheating while filming. But we have to take into consideration that it was really hot outside while Kai was shooting his review. I wonder if a tiny DIY sunroof would help? The Sony RX100 VI shoots slow motion at 240, 480, and 960fps, and you can see Kai testing it at 4:33 in the video.

The new compact camera from Sony has a couple of key improvements; the most obvious one is the lens. It has a massive zoom range equivalent to 24-200mm. On the minus side, the aperture only goes up to ƒ/2.8 at its widest, while the Sony RX100 V has an ƒ/1.8 aperture. Another improvement is the screen that flips down through 90 degrees, if you want to shoot photos of food or pets or, I don’t know, your feet.

When it comes to image quality, Kai seems pretty satisfied with in-camera JPEGs, and you can see a couple of examples in the video. The Zeiss lens achieves good optical quality end-to-end, and it seems that skin tones have improved. “Video is pretty amazing for such a small camera”, Kai explains, adding that this little compact camera has lots of potential for video shooting.

Sony’s RX100 VI is designed to be a compact travel or vlogging camera that has it all. From Kai’s review, it seems pretty impressive for a compact camera – but the quality and versatility come with a serious pricetag. It costs $1,198, which I think is quite a lot for a compact camera… But if you think it would be a fit for you, it’s ready for preorders and it can be yours in July 2018.