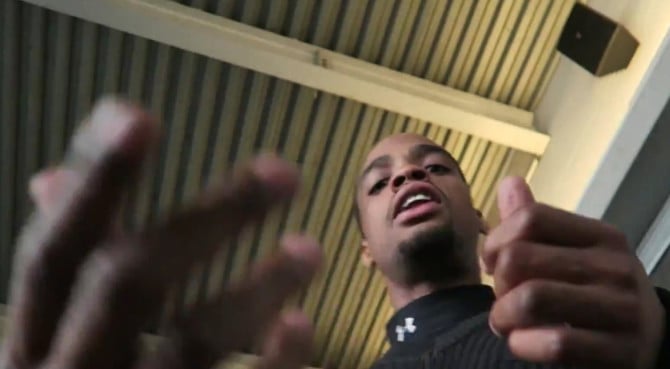 “A few Sundays ago, on May 10, 2015, I went down to a public pier in New York City (Pier 11) to shoot a fun video about the interesting fleet of boats…”, said Josiah Ryan of The Blaze, but what happened that day left him “shaken and pondering what kind of First Amendment rights journalists, photographers, and members of the public actually have on their public property in New York City”.

Ryan, who as stated was on public property, was forced to stop recording after a security guard told him that “tripods are not allowed on New York City property”.

Ryan was recording for over an hour before he was approached by a deckhand, a person who seemed to be the ferry’s captain and then a security guard.

Although he claims to have been recording with a small point-and-shoot camera and out of anybody’s way, Ryan reports he was harassed and later chased off the pier by 3-4 security guards.

Initially told that “tripods are not allowed on New York City property”, a security guard who checked the rule book mistakenly read out the section that specifically stated anyone is allowed to record video or stills, as long as they are using a handheld device “with or without a tripod” and they do not “unreasonably interfere with the use of the ferry terminal”.

While the guard agreed with Ryan that he was not interfering, he said he was told that tripods are not allowed and decided to ignore the written rules.

When one of the other security guards realized that Ryan was recording the conversation, several of his colleagues surrounded Ryan who said they “quite literally tried to take my camera and detain me”.

Ryan believed the unpleasant incident was behind him after he left the pier, but claims that when he was several blocks away a person who he is “fairly confident was one of the security guards from the earlier altercation” ran at him and attempted to steal his camera.

Since Ryan’s camera wasn’t recording and NYC police refused to check the footage from the surveillance camera, stating that “you have to get injured. You have to sustain an injury to have an assault”, there’s no actual proof of this incident or that it was in fact one of the pier’s security guards.

Either way, the harassment Ryan suffered before leaving the pier is another frustrating case where those in charge of keeping the rules blatantly ignore them while violating people’s rights.

Ryan uploaded part of his story in this video and the rest of it can be found in his post over at The Blaze.

Ryan’s YouTube video received over 100 comments with many of them blaming him for aggravating the situation, but even if he was “a worked up a**hole” as someone called him, it doesn’t change the fact that he was acting well within his rights.

Nobody is saying you should be rude to police or security guards, but the law does not make exceptions for people with bad attitudes, and it’s about time law enforcement agencies remember this.