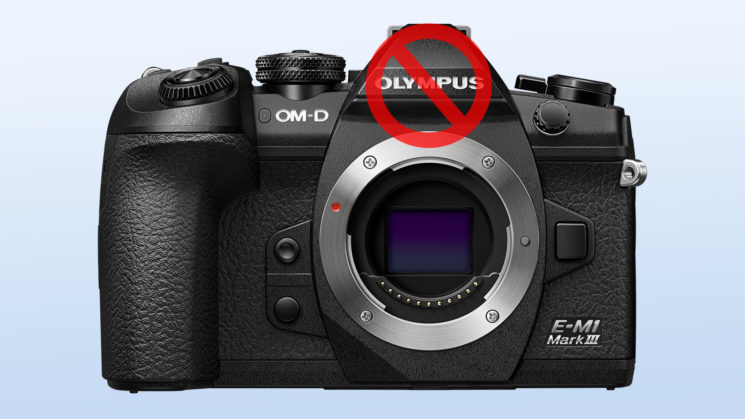 Earlier this year, Olympus sold its imaging business to Japan Industrial Partners (JIP). And just when the future of Olympus began to seem bright, it turned out that JIP had other plans. According to the latest information, Olympus will no longer use its name with the camera gear.

This information comes from different sources. 42 West spoke with Aki Murata, the Olympus’ President of the Consumer Products Group. In the interview, he said that the Olympus name will remain at the time of transfer. “The name will likely not be used forever,” he added, “but this decision will be made in the final agreement between Olympus and JIP.”

In the official statement, Olympus announced that the new company name would be OM Digital Solutions Corporation. As of 1 January 2021, JIP will officially hold 95% of Olympus’ shares. In the comments, users wondered what the new cameras would be called. Olympus responded that the Olympus brand name will “stick around for the foreseeable future.” The company added that “Olympus branded gear will continue to be available even after January 1, 2021.” 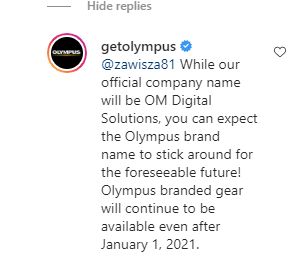 Speaking with Inside Imaging, Olympus didn’t give a straightforward answer about the future of the brand. But it still seems pretty clear what will happen after a while. “Long term, OM Digital Solutions will consider developing a brand name that is familiar and resonates with customers and the Olympus legacy,” said Ante Badzim of Olympus Australia.

It seems that a major change is coming when it comes to the Olympus brand. It won’t be tomorrow or in January… But I wonder what will happen to the brand in a year or two’s time. I guess we can only wait and see, but it looks like they won’t keep the name they had for almost a century.