A lot has been said about the need to connect with your subject when you are shooting. Some suggest having a chat for a few minutes before starting to shoot, other suggest to throw away the first 50 photographs and treat them as a warm up.

Sometimes it is OK to sacrifice a frame just to get the next one. 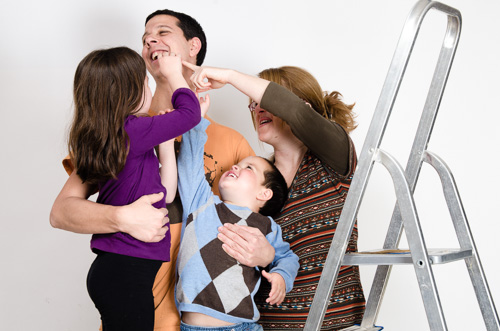 Here is an idea I use very often, especially with kids and family portraits. It does not suit all families, but I think it fills right for most, if not all, kids.

It’s a chess move where I sacrifice a picture, just to get the following one(s).

It may be familiar to you if you shoot kids, or you may have other tricks. I would love to hear.

So the basic scenario goes like this. A family walks in. They are cool and nice and want a family portrait. They are trying hard to be photogenic. A bit too hard. This is what I do to get them relaxed. Try at your own risk – it has never failed for me yet, but I don’t use it on every family.

I usually take this picture, although I don’t recall this one ever making the proofs. It is usually a bad picture. Here: 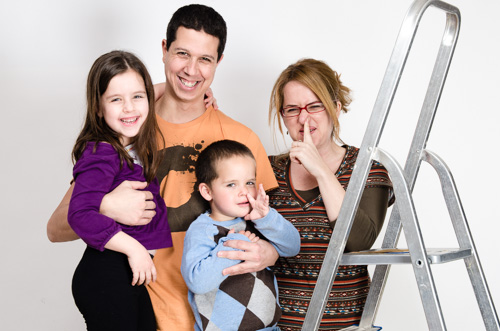 While this may work with younger kids (and more playful adults) some parents just refuse to pick their noses. In the picture above, the father completely ignores, while the mother “pretends”. (BTW, you can already see the smiling effect). Now it is time to move to

Step Two – Ask them to pick their mom’s nose. How can a kid say no to that? Really! Or even better – their dad’s

so now everyone’s happy and relaxed. Two pictures sacrificed. Who cares. This is the kind of stuff that comes after. 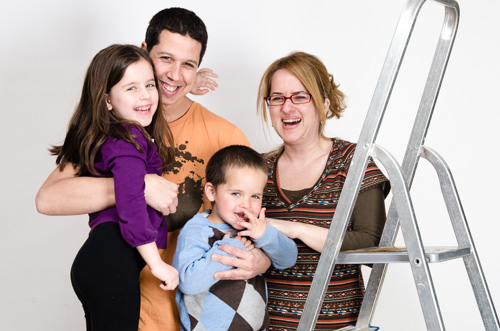 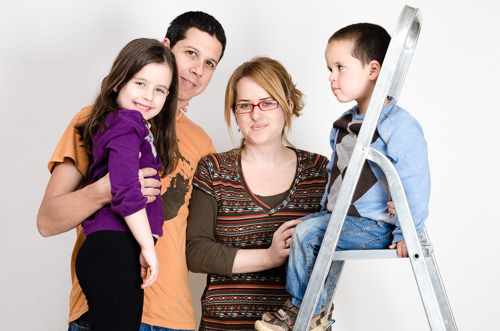 So, there you have it, sacrificing two shots to get the third.

Speaking of picking, happy passover if you are celebrating one.