OK,  so we already know that the iPhone 7 Plus will have two lense for about two hours, but now Apple shares all the details on the new iPhone seven camera and they are pretty impressive. (I am sure someone will come up with a comparisson like this soon enough).

Both the iPhone 7 and the iPhone 7 Plus have 12MP cameras. The iPhone 7 has an f/1.8 lens. But the big news is that the iPhone 7 Plus will have dual lenses and two cameras behind them. A an f/1.8 Wide-angle, and an f/2.8 Telephoto. The interesting bit is that both cameras can shoot together to create a single image. That added data can be used for several rather interesting applications.

According to the Verge, apple tweeted (and untweeted) the following statement: “Two all-new cameras that shoot as one for high-res optical zoom at 2x.”. We will stay tuned to see what else is in store for this interesting feature. Between Light’s L16 and this iPhone 7 plus announcement it should be clear that the world is heading towards computational photography. 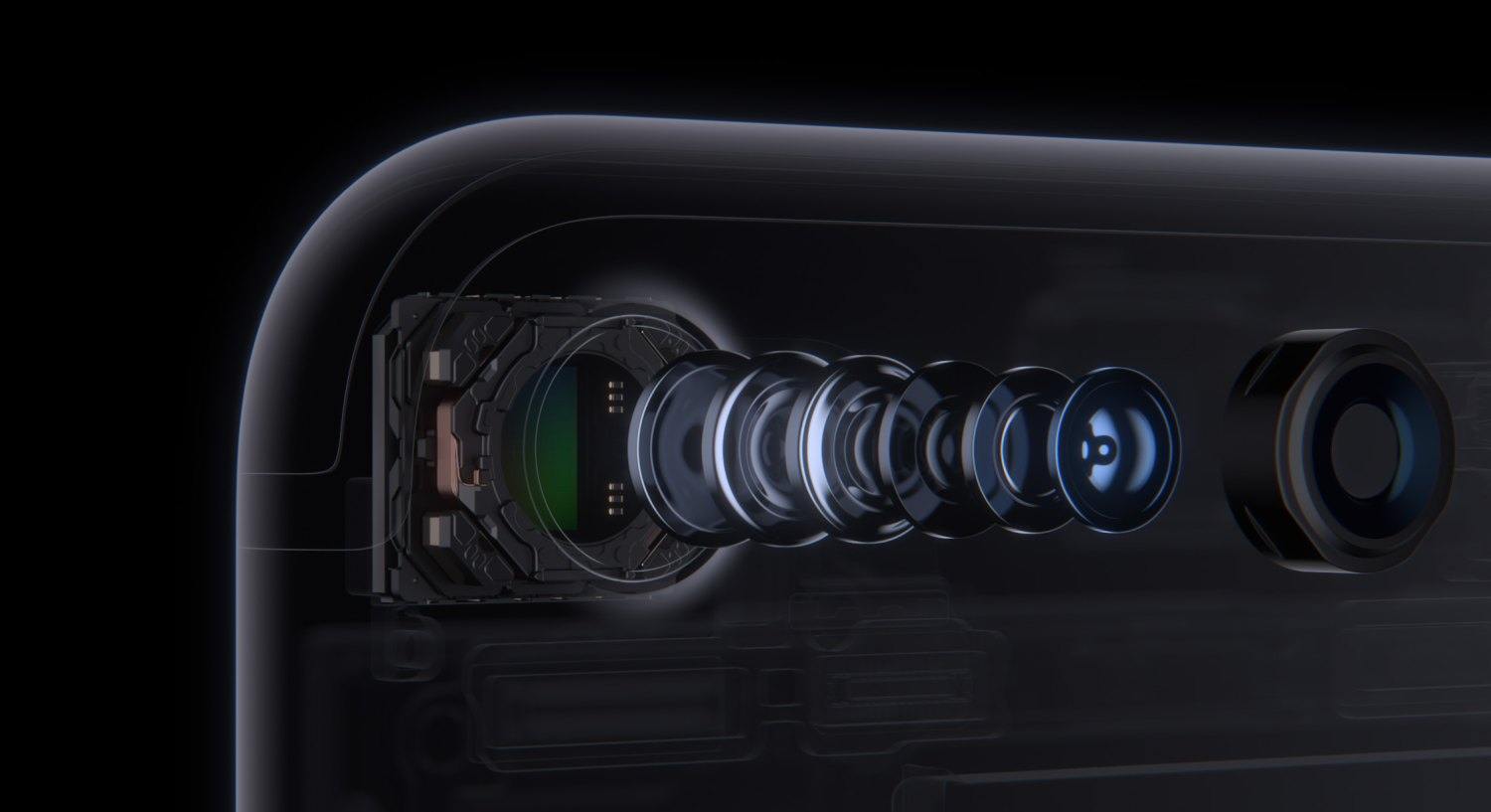 What else do the new iPhones have for us camera enthusiasts?

We will continue to update this post as we learn more.

« Got a gazillion megapixel photo? This is how you use a “magnifying glass” to show off
IRIX 15mm f/2.4 lens is now available and shipping, but only in Europe »