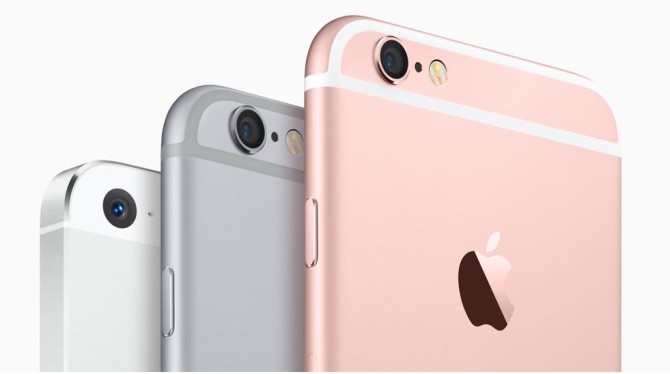 Apple has just announced the new iPhones, the 6s and 6s Plus, and iPhonongraphers have several reasons to be excited.

For the first time in an Apple product, the iPhone will be capable of recording 4K video and a new feature called Live Photos has been introduced.

Additionally, the camera’s megapixel count has been increased for the first time since the days of the iPhone 4s back in 2011 and the front camera now has a flash-like option.

Starting with the basics, the rear camera has received a 50% increase megapixel-wise and now snaps 12MP photos. Apple has refrained from this move over the years in order to maintain good image quality, but says that the new and improved iPhone camera will deliver the high quality its users expect. In fact, it is said that the days of artifacts in the sky are over. This is important as the iPhone 6 suffered a great deal from these artifacts.

In addition, the camera seems to offer better low-light capabilities but with no specific details given this will have to be put to the test by consumers before we know just how much better it is.

The front camera, AKA the selfie camera, or what Apple calls the FaceTime camera, has a new and upgraded 5MP camera with the most interesting update probably being the flash. Rather than installing a dedicated flash, the camera will take advantage of the phone’s HD Retina display to light up your face. According to Apple the screen will be able to light-up up to three times brighter than it does during regular use.

As expected the camera also includes face detection, exposure control, burst mode, photo geotagging, auto HDR and a timer mode. Panoramas of up to 6s megapixels can also be taken.

Apple is obviously very proud of the new 4K video capabilities and says you can zoom in while shooting or playing the 8 million pixel videos. The iPhone 6s Plus will also include optical image stabilization for videos, and not just for stills.

The FaceTime camera is not capable of shooting 4K and will only offer 720p video.

It is my understanding that you cannot view your 4K videos with the Apple TV, but the new phones will be powerful enough to edit them. In fact, thanks to the latest hardware upgrades and the new iMovie for iOS, the iPhone will even be able to edit two 4K video streams for picture-in-picture or split screen effects. 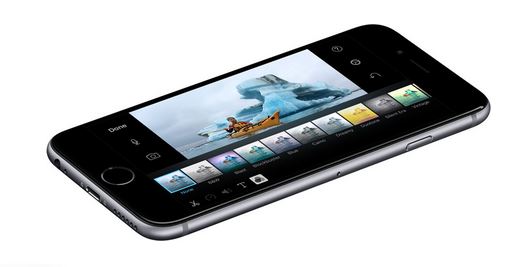 The feature making the most buzz at the moment is quite possible the Live Photos. This new feature basically captures a short video, audio included, every time to snap a photo. You can then press on the photo, with the new 3D touch, to play the video and bring the photo to life. A Live Photo can be set as your wallpaper on the lock screen (I wonder how quickly that will get annoying) and can be viewed on other Apple devices as well. My guess is that these photo-videos will not work on non-iOS devices.

The Live Photo is turned on by default, but you’ll probably want to change that as both phones’ capacity comes in either 16GB, 64GB or 128GB cannot be upgraded.

Screen wise both the 6s and 6s Plus include a LED-backlit Retina HD display with a screen size of 4.7” and 5.5”, respectively. 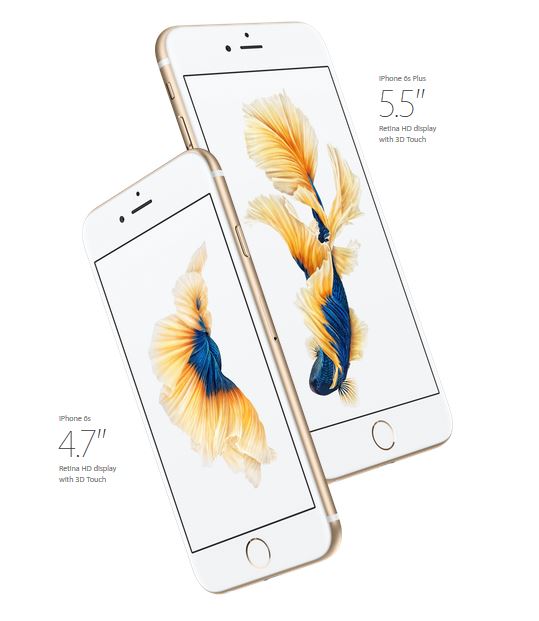 The company also mentions a typical contrast ratio of 1400:1 and 1300:1, a max brightness of 500 cd/m2, full sRGB standard and dual-domain pixels that should increase the viewing angles.