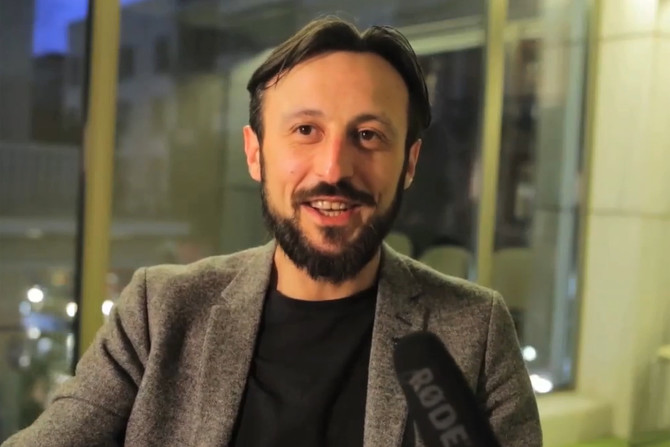 Nikon has recently uploaded a video interview with a couple of its lens designers which is the first volume in a series of videos titled ‘Philosophy of Nikkor’.

The name of the video, ‘What do designers think, and how do they create lenses?’, sums up the essence of it.

Another video interview, this one with a product manager for Nikkor lenses in Europe, lets us in to Nikon’s planning process and discusses some of the hottest topics surrounding the company and its competitors.

Takayuki Sensui and Toshinori Take of Nikon’s Imaging Business Unit Development Sector discuss the advantages of interchangeable lenses, their lenses of choice, a bit about the lens designer’s thought process and the difficulties involved.

Fans of the 35mm f/1.8 DX lens might find it interesting to know that Sensui is the person behind the design of the lens.

This is the first of four videos in the series that will be uploaded to Nikkor.com.

In an interview with Fotosidan TV, Zurab Kiknadze, a product manager for Nikkor Europe, talks about the role of a product manager, the company’s planning process and the two-step simulation system Nikkor has borrowed from Nikon’s Industrial Division and is cutting the time and cost involved in designing new lenses.

The 25-minute video also reveals how Nikon reacts to the impressive releases by its competitors, discusses the chances of patents becoming products, the chances of Nikon making a 50mm f/1.0 lens and R&D limitations.

Addressing Nikon’s latest technology Kiknadze also sheds some light on the advantages of electro-magnetic apertures and why only some lenses have them, the advantages and disadvantages of the new Phase Fresnel technology and which lenses would benefit using it, and the limitations brought upon the company by its decision to maintain the decades-old f-mount.

The video cannot be embedded, but you can watch it over at Fotosidan.

Another video uploaded to Nikon’s lens website is Leandro Erlich’s “The Setting Up”:

“Leandro Erlich is a conceptual artist born in Buenos Aires. His humorous and witty works upset common perceptions and ideas about reality. Many of Erlich’s works have been exhibited around the world. He first made the transition to short films with a video showing assembly of his “Toilette” installation, which was presented in 2005. The film shows how a viewer perceives the phenomenon that occurs between the subject, a mirror, and space.
This video is produced by the visual design studio, WOW”

Introduction To 6 Photographic Processes By The George Eastman House