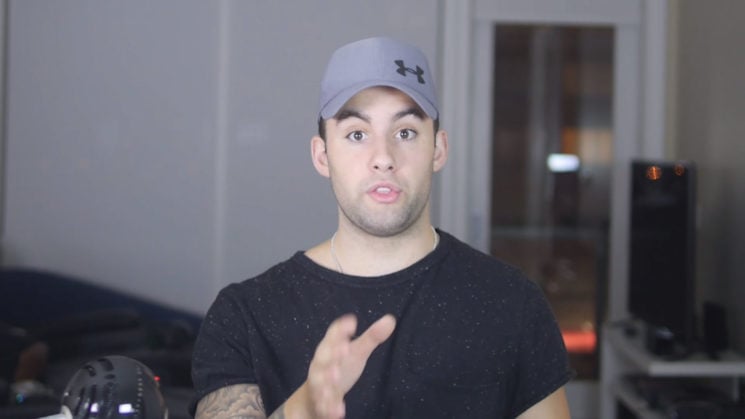 This is one of those stories you couldn’t make up if you tried. Most people, especially content creators, such as those with YouTube followings of 60K+ people know that much of the Internet is copyrighted. That just because an image appears in a Google Images search result does not mean that it’s free to use. It’s just plain common sense. At least, one would think so.

But YouTuber and Internet “entrepreneur” (that word is so overused these days), Dan Dasilva had to learn this the hard way. After stealing a photographer’s work, the photographer, the legal copyright owner, sued him and won. Dan, though, seems to believe he’s the victim n all this. The victim of a “malicious” photographer.

Most people, when they do something like this, get called out on it, and prosecuted, they may post a similar video. Warning people about the dangers of infringing copyright and why it’s not a great idea. Dan, on the other hand, chose to warn his viewers about the “malicious” photographers.

[for some of our commentary on the case, check this post out]

Yes, that’s right, you know the types. They exist all around us. The ones who’ve spent tens of thousands of dollars on gear. Who’ve spent years learning and developing their craft. Those who try to profit from their work and enforce the rights they have to their own intellectual property. Those bastards.

I’m kidding, obviously, that pretty much describes every photographer out there trying to run a legitimate business.

Dan definitely doesn’t see it that way, though. He thinks that all we do is create images, copyright them, upload them to the Internet, and then wait to sue people. As if we’re forcing them to steal our work and waiting to punish them when they do. I really want to write “lol” here, because the whole idea of that really does make me laugh out loud.

To put it into context, the reason I was sued was because I used a picture that I found on Google Images. Now, I should have known better, yes, in my position I should know better. But, again, I never really thought that there are malicious people out there that […] maliciously put pictures on the Internet.

[People] that copyright pictures that they take and what they do is they’ll get like a copyright on it, and they’ll put it out on the Internet, and it’s freely available on the Internet […] and they literally, some people specifically do this as a job.

Imagine that, photographers who understand that their work has value. Who then copyright it to give them some legal recourse when people steal their work. And then pursue those who steal said work.

I still love that he thinks we shoot images to upload to the Internet just so we can sue people for stealing them. That we have teams of people just waiting to pounce. That he actually calls it a “business model”.

He also seems to not understand that images don’t actually need to be registered in order to have copyright protection. Sure, registration allows you to claim damages and whatnot, but you still own the copyright the instant you create the image. In other countries, there isn’t even a registration mechanism, and you get all the rights (including damages) regardless.

So, it’s not much of a surprise then that he also doesn’t know that images are copyrighted even if there’s no actual copyright statement accompanying the image.

And go to court it did. Dasilva reached a settlement with the photographer for $27,000 in June. He says he also paid around $10,000 in legal fees. That’s $37,000 in total. An expensive lesson to learn. If not for the fact that he doesn’t really seem to have learned a thing.

He certainly didn’t listen to his lawyer, because he was also told that he shouldn’t post this video online. Yet, lucky for us, because I needed some good entertainment this evening, he did.

To anybody else out there who thinks like Dan. Here’s a big tip, although it really shouldn’t need to be said. Stop stealing other peoples work and you won’t get sued for copyright infringement.