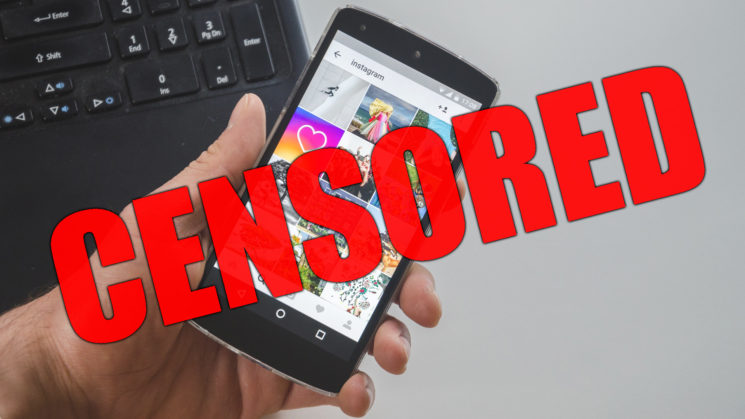 Last week, Instagram introduced the new “Sensitive content control” feature within the app. It lets users choose how much sensitive content they want to see – all, some, or almost none of it. This means that some people you may want to reach will not be able to discover your work in Explore, and some creators have already complained about it.

It still remains a little vague what “sensitive content” is. In a post Facebook published to introduce the new feature, the company explained: “You can think of sensitive content as posts that don’t necessarily break our rules, but could potentially be upsetting to some people — such as posts that may be sexually suggestive or violent.”

Rather than breaking pretty narrow and straightforward Community Guidelines, sensitive posts break way broader and vaguer Recommendation Guidelines. Thus, if you hide most of the sensitive content, you likely won’t see anything related to guns, pharmaceutical drugs, posts that are merely “suggestive” about sex or violence, tattoos, nude art… If you’re into some of those things and not the others – well, sorry.

What does this mean to you as a creator? Let’s say you do boudoir photography. It may be viewed as “sexually suggestive,” which is not against Instagram’s community standards, but it does break its “recommendation guidelines.” So, all users who disable sensitive content will likely not be able to discover your work in Explore. In my case, I’m pretty sure they won’t see this or this, even though I find none of the posts offensive or sensitive (but maybe that’s just me).

“Over the past 24 hours, I’ve had many conversations with artists and other creators who are incredibly frustrated by having their work hidden,” Phillip Miner wrote in a post. “Conversely, people are frustrated that they can’t find the content they want to see. Miner is an artist and the creator of queer hobby magazine Natural Pursuits, so his posts have also been hidden due to “sensitive content.”

On the other hand, an Instagram spokesperson told The Verge that there’s nothing to worry about. According to them, some creators could even see a bump in discoverability as some users are allowing more sensitive content to be in Explore. Some of it had already been hidden, so when the new feature was added, this setting remained the default. We can now only choose whether we want to see more or less sensitive content than Instagram reveals by default.

Miner points out something that I also agree with. He says that the filter itself is not the biggest problem, but the fact that there all sensitive content is under one phrase. As I mentioned above, he also suggests that some people might be okay with nude art, but they may not want to see any violence. According to Instagram, it’s all the same and all of it is hidden if you limit sensitive content. “What I would love to see is,” Miner says, “there’s so much that falls under the umbrella of sensitive content, being able to tailor your experience more.”

Personally, I have a feeling that this is all a gamble now. Many people will limit the amount of sensitive content they see, while many other will reveal more of it. Maybe some of us will indeed see a bump in discoverability, but I do believe most of us will remain invisible by Instagram’s algorithm if we post any of the “sensitive stuff.” I think time will tell, and just like Miner – I would love that we can choose the topics we want to see more specifically.

Do you think the “sensitive content control” will affect your discoverability?