Making money as a creative can be is a tough grind.

As an established photographer once told me when I was just starting out: “My job is everyone’s hobby.”

Essentially, what he was saying was that everyone wants to be a famous photographer, musician or actor, but so few have that special combination of talent, personality and luck to actually make it happen.

The reality is that ridiculously talented creatives are a dime a dozen (literally in many cases…), but those who are able to translate talent into commercial success are a very rare breed.

With that in mind, I am going to look at an example from the musical side of artistic talent that I personally find inspiring because of the way these creatives have leveraged their considerable artistic talent into the kind of commercial success that we all aspire to. 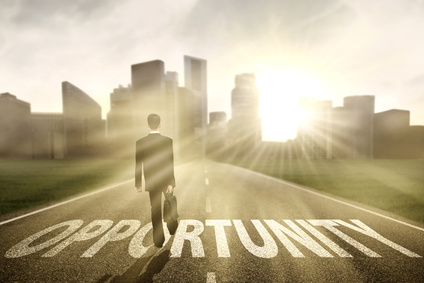 I will concede that not all creatives aspire to be a commercial success – some creatives seem to actually relish the role of a starving artist – as if being downtrodden somehow legitimises their art, which of course is too deep to be appreciated by corporate sellouts.

But, in my mind, commercial success enables the kind of artistic lifestyle that I want.

I call the lead photo above “Walking Dead Businessman”, which pretty much sums my feeling towards many of the more traditional definitions of success.

(This is the kind of cheese you get when you search for a stock photo of “success” – although not even close to the cheesiest example of the genre!)

However, I’m pretty proud of the fact that I make money from creating art, and the more money I make, the more art I can afford to create.

Therefore, my priority is making money.

When I think of the kind of commercially successful artistic lifestyle that I want, it’s more along the lines of being paid well to create the types of images that I enjoy making. 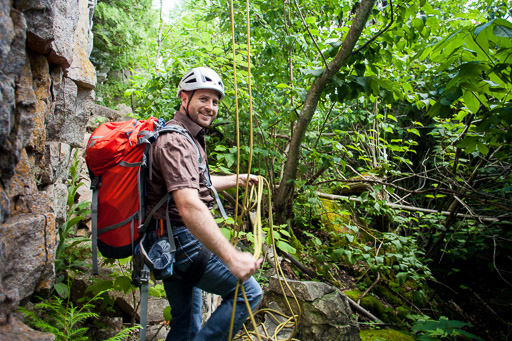 For example, this is a photo on location shooting a feature for Gripped Magazine.  I had an awesome day combining three things I love, photography, rock climbing and spending a day outdoors. 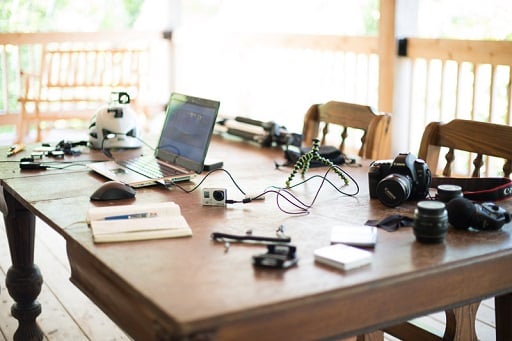 And, here’s the office cubicle from later in the day – uploading, cataloging and editing images and video from the shoot – on the porch of a beautiful cottage, looking at the lake, with a cold beer.

The bottom line is that without a significant income from photography, I would not have the opportunity to be the type of photographer I want to be.

Walk Off The Earth

One of my absolute favorite bands right now is Walk Off The Earth (who just happen to be a local band too).

Like most people, I first stumbled upon Walk Off The Earth from their viral YouTube video where the five band members cover Gotye’s “Sombody That I Used To Know” on one guitar.

If you watch more of Walk Off The Earth’s YouTube videos (and you should, because they are really, really fun to watch), you will quickly come to two conclusions.

1.    They are all very, very, VERY talented musicians.

2.   They are internet marketing geniuses.

For example, here is one of their early videos, a crazy one man band cover of the Bruno Mars song “Gernade” by Walk Off The Earth band member Gianni Luminati.

To me, this is sort of the equivalent of a photographer posting a behind the scenes video.

The point is to show off how sausages are made, so that viewers can get a feel for how making great sausages is actually very complicated and how good you are at it.

Except unlike most behind the scenes videos that are only interesting to other photographers, this video is absolutely mesmerizing to a mainstream audience (I bet you’ll watch it about five times, and then a couple of months later, you’ll remember it and watch it five more times).

You’ll also notice that nearly a full minute at the end of the video is dedicated to marketing and several well defined calls to action, complete with clickable links and animated prompts.

If you’ve ever tried to put all that together in one of your own YouTube videos, you’ll understand how complicated and convoluted the process is.

Not to mention how many revenue streams are built right into this video.

The video is monetized through YouTube (even at YouTube’s diminutive rates) and at nearly six minutes long and just over five million views, you’re looking at a nice little profit in the order of $6k right there.

There is a clickable link annotation right in the video to download the new Walk Off the Earth album R.E.V.O. from iTunes.

Another annotation pops up half way through to remind viewers to go to iTunes and buy a copy of this version of the song.

In the video information section, there is another link to download their album R.E.V.O. from iTunes, a link to an online store with Walk Off the Earth merchandise, a link to purchase a single of this song (and other Walk Off The Earth cover singles) from iTunes, and even links to buy tickets to see them in concert.

It’s easy to be a fan of artists like Walk Off the Earth, because it’s easy to cheer for creatives who truly deserve to be successful.

But, it’s not like they woke up in the morning and then decided to learn how to sing, and play twenty different instruments, and produce hugely popular YouTube videos in their living room.

If you’re looking for a template on how to leverage talent into internet success into commercial success, Walk Off The Earth is an excellent example.

Here is the somewhat simplified plan:

For example, here is a recent cover they did of the Lorde song “Royals” which is just a blast to watch:

One other really cool aspect of Walk Off the Earth’s marketing strategy is their consistent branding.

If you watch the video for their hit single Red Hands, which is obviously a big budget major label production, you can clearly see the Walk Off the Earth brand, and there is a clear lineage to their early low budget homemade videos.

I think that consistent branding is even more important for photographers, because we work in a purely visual medium.

While stumbling on viral content is a huge quick hit of publicity – shooting for a long tail marketing strategy is both more realistic, and over time likely more successful.

Even without a viral video, you can just tell that it was only a matter of time before Walk Off the Earth hit the big leagues.

It’s that kind of foundation for success that I am most inspired by.

It takes a substantial commitment, years in advance to put all the cards in place, but when opportunity does come along, as it inevitably will, the deck is already stacked in your favor and you are positioned to take full advantage of it.

And just in case you think that it was fluke that Walk Off the Earth managed to leverage their talent into commercial success, the name of their debut album R.E.V.O. is an acronym for the band’s motto: “Realize Every Victory Outright.”

…Or you could just go with the surefire way to internet gold described by Luminati at 5:07 of the Gernade video… ;)

The basics of branding for filmmakers and other visual creatives