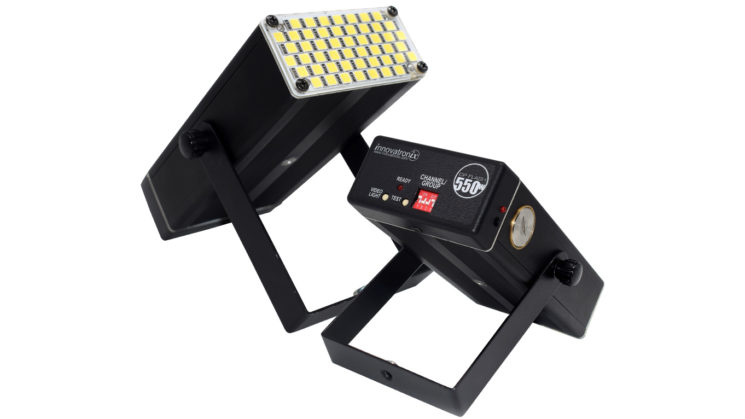 Innovatronix has taken a break from its usual line of portable power inverters and announced the CPFlash 550W – A powerful LED flash designed specifically for smartphones (although it works with DSLRs and mirrorless cameras, too). As of writing, they say that it’s the “first and only high power off-camera flash for your smartphones”.

The photo above makes it look quite big and chunky, but it actually seems quite similar in size to a speedlight – even showing it fitting into a Godox Bowens bracket in some of their promotional videos.

The Innovatronix CPFlash 550W uses 550 Watts of “high efficiency LED technology” which they claim offers up to 95,000 lux at half a meter with a modifier (although they don’t say which modifier).

The CPFlash 550W is compatible with both iOS and Android, and a free app is available, but it also works with DSLR and mirrorless cameras. It connects to your smartphone via Bluetooth, and it appears to use a radio trigger for use with DSLRs and mirrorless cameras. Multiple units can also be used together, wirelessly, with your phone talking to a single “master” unit over Bluetooth, and then the master passing along the information to a number of slaves over radio.

The flash itself is powered by a single 18650 lithium-ion battery, which are commonly used in a lot of products these days and widely available if you need spares. Although in general use, they say you should get about 300-400 shots off a full charge (100 at max power).

As well as a flash, the CPFlash 550W can also act as a continuous LED light, although at only 20W, and includes 7 different lighting effects including fluorescent flicker, lightning, TV, paparazzi, police lights (although presumably not in colour), strobe lights and fire flicker. You might want to utilise some gels for the fire flicker to warm things up a bit, but fortunately, a bunch of those are included in the box. 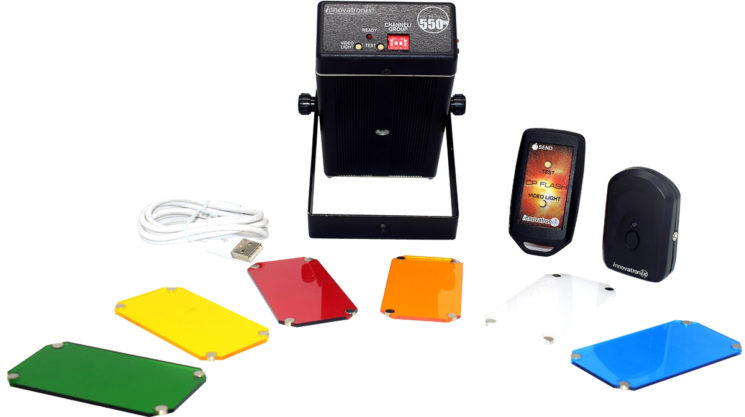 As well as six magnetic acrylic gels, you also get a rechargeable smartphone camera trigger, wireless hotshoe trigger for DSLR & mirrorless cameras, a MicroUSB cable for charging, and a detachable metal bracket. But if you want more control, you can slot it into the Godox Bowens bracket and use it with all your regular softboxes and other modifiers, too. Exactly how well it’ll perform, though remains to be seen.

The Innovatronix CPFlash 550W will be available at the end of March for $199 from their Shopify store or $219 through Amazon. There’s no product page on their website yet, but for more information, you can follow their Facebook page and Instagram.

It’s interesting if you just think of it as a small portable continuous video light (although CRI and TLCI have not been published) that just happens to have some flash capability, but as a smartphone addon? I’m not so sure. How about you?

« Breaking: Nikon pulls out of NAB due to Coronavirus concerns
Dry ice poured into pool at “influencer” party kills three »