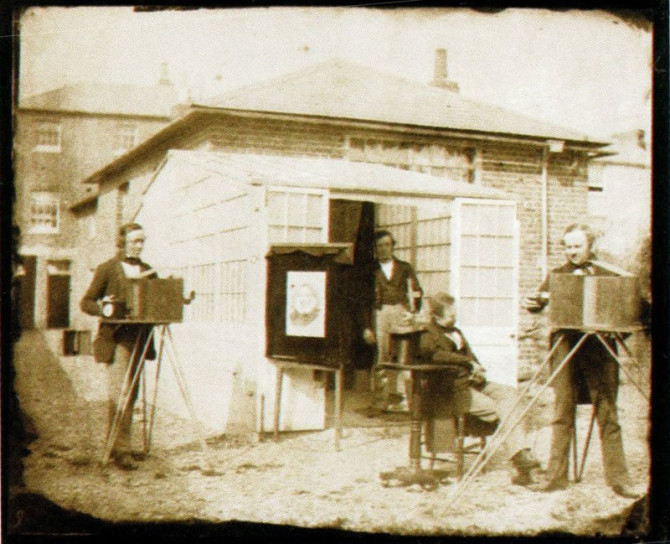 Will William Fox Talbot be on the next £20 note?

Yesterday, the Bank of England officially opened up the process for the public to nominate a visual artist they’d like to see printed on the new £20 notes. According to the Bank of England, a visual aritst is broadly defined, but includes “architects, artists, ceramicists, craftspeople, designers, fashion designers, filmmakers, photographers, printmakers and sculptors.” But, the Royal Photographic Society (RPS) is determined to get a photographer’s bust to grace the note and is asking for the help of anyone who uses a camera or simply enjoys looking at photographs.

Michael Pritchard, RPS director general, says, “Photography has been the defining medium of the ninteenth, twentieth and twenty-first centuries and it’s inconceivable that a photographer or someone connected with photography would not be chosen as the face of the new £20 banknote.” RPS suggests

RPS suggests Henry Fox Talbot (the British inventor of photography), Sir Cecil Beaton (photographer and designer), and Julia Margaret Cameron (portraitist and art photographer) as possible nominations and is actively reaching out to the photography community to nominate additional photographers.

Naturally, not just any photographer can be nominated as there arce certain criteria established to help ensure the chosen artist is noteworthy.  The official selection criteria states:

“Banknotes are designed to be universally used and accepted, so the Bank will seek to avoid individuals who would be unduly divisive. We will not represent living characters on our notes, with the exception of the Monarch. Nor will we represent fictional characters, or those where we are not confident we can include a recognisable and usable representation within a banknote design. The individual you nominate must be from within the field of visual arts and have shaped British thought, innovation, leadership, values, and society.”

The selected artist, whether it ends up being a photographer or not, will join the ranks of Sir Winston Churchill on the £5 note and Jane Austen on the £10 note.

Nominations run through July 19, 2015. You can make your nomination, here. The winner is expected to be announced in the spring of 2016 and entering circulation within the next 3-5 years.

« Watch This LED Panel Being Thrown, Punched, Ran Over And Continue To Work
How Richard Prince Sells Other People’s Instagram Photos for $100,000 »