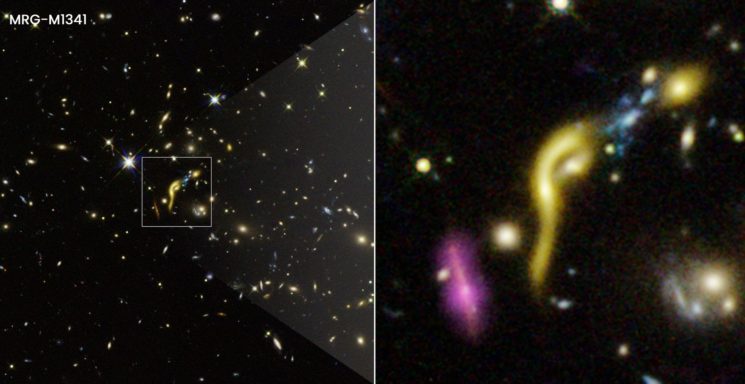 Hubble has taken some stunning images over its three-decades-long career. The latest ones are quite groundbreaking, showing six “dead” galaxies from the early universe. In other words, they’ve run out of the cold hydrogen gas needed for star formation, and the discovery has raised a bunch of questions.

NASA’s Hubble Space Telescope and the Atacama Large Millimeter/submillimeter Array (ALMA) in northern Chile gazed toward cosmic objects formed when the universe was only 3 billion years old. In astronomical values, that’s quite young – only 20% of our universe’s current age. At this period, as NASA explains, it experienced the most prolific period of star birth so far. So, finding six massive “dead” galaxies from this period was unusual, to say the least.

Hubble and ALMA found these galaxies when they combined forces with the “natural lens.” It is created by foreground massive galaxy clusters which stretch the gravity and amplify the light of the background galaxies in an effect called gravitational lensing. “This phenomenon allows astronomers to use massive galaxy clusters as natural magnifying glasses to study details in the distant galaxies that would otherwise be impossible to see,” NASA explains, and it blew my mind to learn this, honestly.

In the images below, the yellow traces the glow of starlight, and the artificial purple color traces cold dust from ALMA observations. They show two out of six found “dead” galaxies. 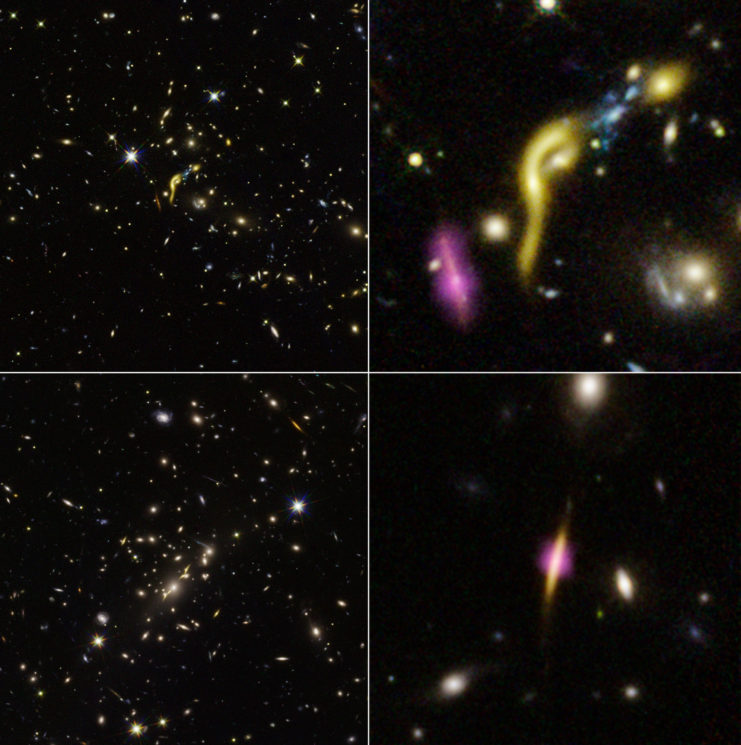 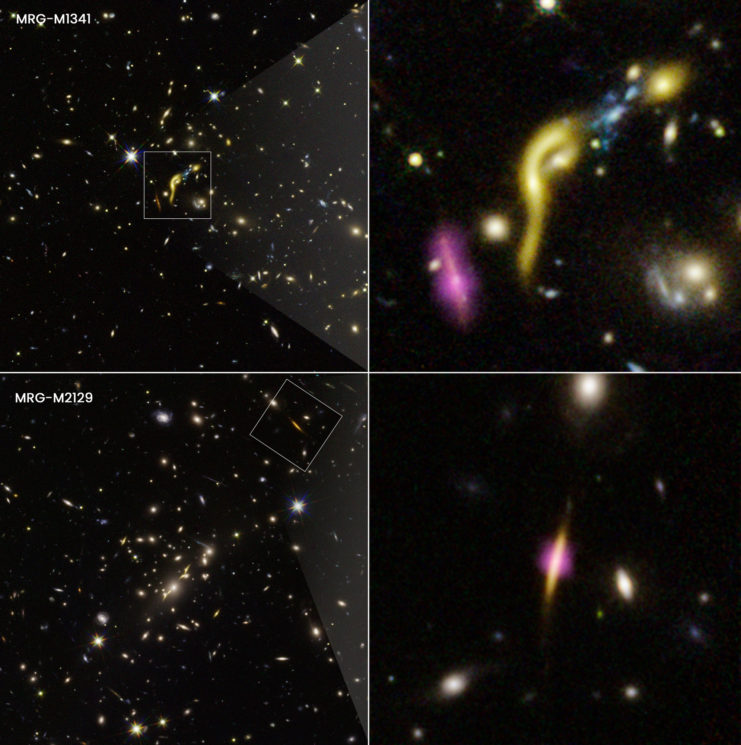 The findings were published in Nature magazine. The paper’s lead author Kate Whitaker of the University of Massachusetts, Amherst and the Cosmic Dawn Center in Copenhagen, Denmark explained:

“At this point in our universe, all galaxies should be forming lots of stars. It’s the peak epoch of star formation. So what happened to all the cold gas in these galaxies so early on?” This is still confusing and requires more investigation. But Whitaker proposes several possible explanations:

“Did a supermassive black hole in the galaxy’s center turn on and heat up all the gas? If so, the gas could still be there, but now it’s hot. Or it could have been expelled and now it’s being prevented from accreting back onto the galaxy. Or did the galaxy just use it all up, and the supply is cut off? These are some of the open questions that we’ll continue to explore with new observations down the road.”