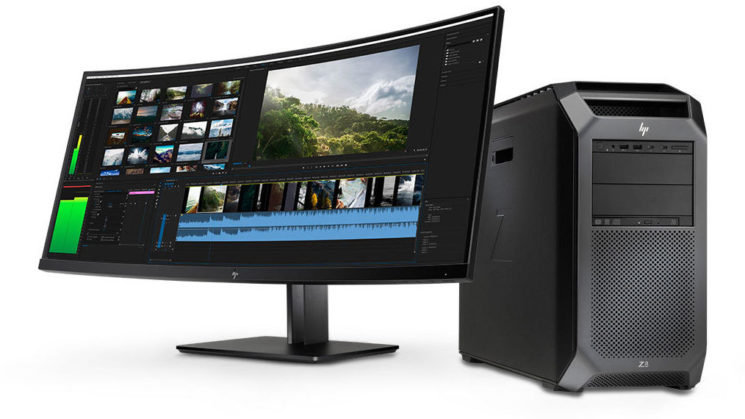 Aside from the regular Apple Macbook Pro updates, we don’t really cover computers all that much on here. Occasionally, though, something pretty exceptional comes along for those interested in photography or video. Something like the Microsoft Surface Studio (or the Dell clone), for example. Now, though, HP have revealed a truly insane powerhouse of a PC.

Housing dual Xeon CPUs with 56 processing cores, Hewlett Packard’s new Z8 workstation takes up to 3TB of RAM (I know!) and 48TB of storage space. While a fully decked Z8 might be out of the price range of most creatives, the base price isn’t actually that bad, at a mere $2,439. For comparison, the 6 core Apple Mac Pro with 16GB RAM starts at $2,999.

There are actually three systems in HP’s new “Z” range. There’s the most powerful, the Z8, and then the imaginatively named Z4 and Z6 for not-quite-so-power-hungry users. Even the lowly Z4, though, is rather impressive.

Starting at only $1,249, the Z4 has a single 18 core Intel Xeon W-2155 CPU, up to 256GB RAM and 4TB internal storage. It’s aimed primarily at 3D CAD users. The Z6 starts at $1,919, for the base model, with 48 cores of Intel Xeon Platinum 8180 processor and supports up to 384GB RAM. The Z6 does support dual processors, too, and this is aimed more at photographers, video editors and visual effects artists. 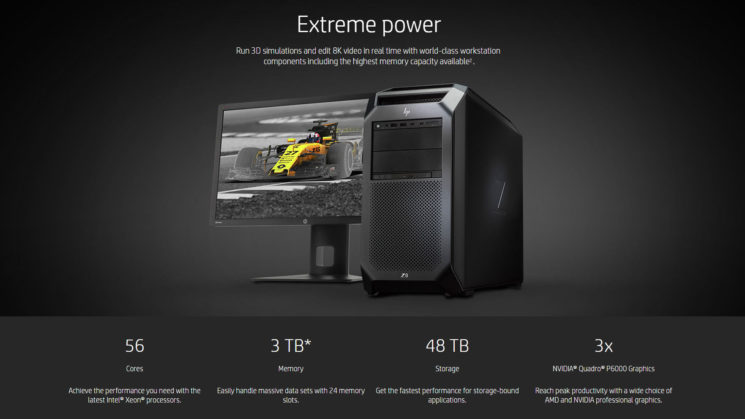 The Z8, though, is built for the seriously hardcore. With 56 cores, 3TB RAM, 48TB storage, and 3x Nvidia Quadro P6000 graphics cards, it’s an absolute monster. Getting one to that spec, though, is probably going to be substantially more than the $2,439 base model price.

Of course, if you’re actually shooting and editing in 8K, even fully loaded, this computer is likely going to be nothing compared to what you paid for the camera.

Very sexy sounding machines, although personally I think I’ll stick to building my own. It’s easier on the wallet.

And, yes, there’s probably a typo on HP’s website. the Z4 doesn’t really support up to 256TB of RAM. 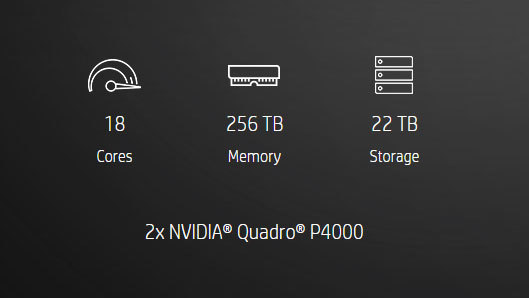 Apple launches “most powerful yet” 16-inch MacBook Pro: 64GB of RAM, 8TB of storage, and more

This On-Location Workstation will make you drool