Now, shooting underwater has a whole set of built-in challenges that we earth photographers don’t really have to deal with on regular terms. The lack of breathable oxygen is one, mixing wet and electricity is another and the cream is that radio triggers don’t really play nicely under water. 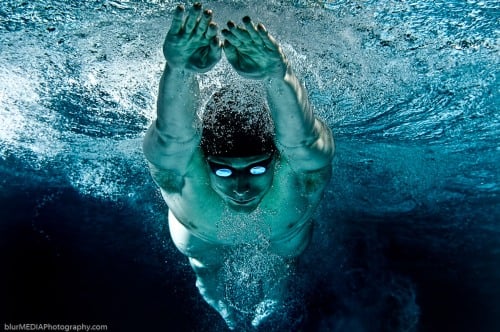 JP Danko from blurMEDIA Photography regularly shoots underwater so he had to come up with a solution that will both keep the strobes dry and just as important make them pop. Got to hand it to JP. He made a pretty smart rig (and I am not talking about the ducky float his assistant/wife uses to boom some light from above, which is simple yet genius).

For this shoot, JP’s was commissioned to shoot a team of swimming athletes who were training for the Olympic trials from McMaster University. Location scouting was a breeze – it was to be done in the in-campus Olympic swimming pool.

Here is JP’s description of the system followed be a breakdown from me, and some more info.

JP used three strobes placed in housings made from Pelican micro cases which supplied the relative dryness needed when you place a strobe in a pool. Yet he made two subtle earth rocking mods to each of the cases: The first and more trivial one is to equip the case with  5/8″ stud so he can position them on stands / booms and so on.

The second and more interesting mod was to add a Toslink port on each of the cases. (Toslink is a fiber optic cable that is used for audio). Those ports were linked with off-the-shelf cables to a triggering box placed on top of a forth on camera strobe.

Now Comes the smart part: since this system is optical, the triggering box is placed outside of the underwater housing used for the camera.

I asked JP how he handled power, and was not suprised to hear that it takes practice:

“Once the cases are on, you have to bring them to the surface and open them to change anything. I usually have a good idea of my lighting ratio before I start.

I start at 1/2 or 1/1 (you need a lot of power underwater) and then put the lights into place.  Then I adjust the lens aperture to suit my key light.  If I need to tweak one of the lights, I usually just move it a little closer or further away – underwater small changes in distance make really big changes in power.

Also a quick tip about the pelicans:

“technically the Pelican boxes are only “water resistant”.  I’ve had them down to about 10 feet without any leaks – but I make sure to use a lot of gasket grease

If you want to see it in action, there is a short BTS too. 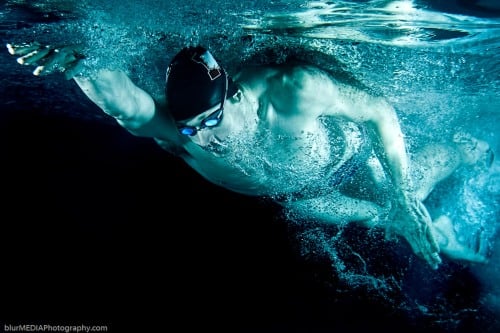 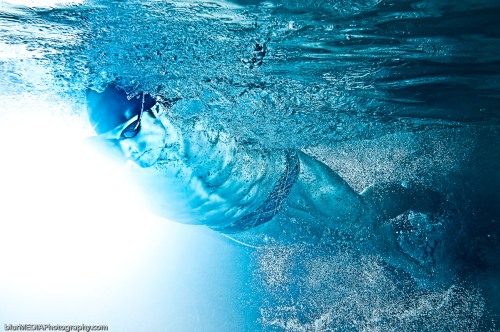 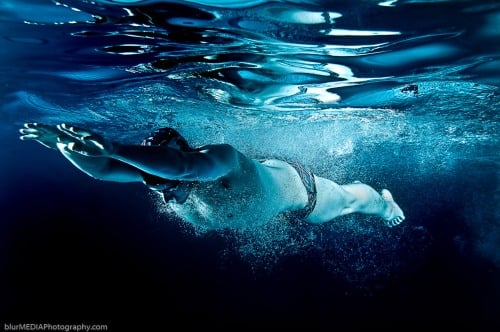 P.S. you gotta admit, this beats the heck of using rubber for water protection.

How to Trigger 6 Strobes With A Single Slave

How To Make A Laser Camera Trigger For Under $2