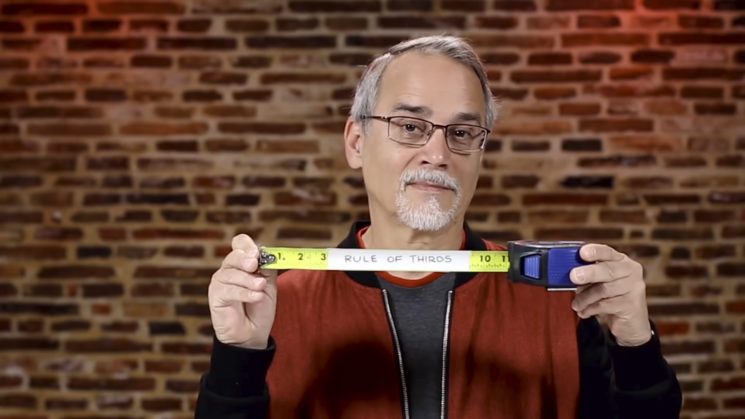 Regardless of whether you shoot photography or video, or what kind of gear you shoot with, the one thing we all have complete control over is our composition. There’s a lot written about composition, about the “rule of thirds”, golden ratios, and leading lines, but composition can be a difficult one to grasp.

Kevin, the Basic Filmmaker talks about composition and developing your eye in this video. But not in the way you might think. He talks specifically about something I used to struggle with all the time, and occasionally still do. And that’s ignoring things in the background and edges of the shot that I should be paying attention to!

It’s something that most of us have done at some point. We’ve set up our camera on what we think is a beautiful scene, perhaps a landscape with a glorious sunset and beams of light skimming across the mountainside. We set up our camera and scan our eyes over the overall scene, and the exposure on those sunbeams to stop them blowing out. And we completely ignore the piece of bright white trash that some idiot decided to dump in the countryside. That piece of bright white trash that we should see and pick up anyway, but that we don’t even notice until we get home and look at the image on the computer.

Even in more controlled environments, like our homes, we often miss things that we should probably move, clean up or remove. But we don’t, because we’re blind to it. Those things have always just lived in those places and we don’t even notice them. We get so used to them that they just melt into the background. But they become painfully obvious on-camera.

I’ve got a pile of papers on my desk right now. It’s been sat there for a couple of weeks, but I haven’t noticed it or even thought about it until I just took the time to make myself look around on my desk. Oh, that’s where my earphones went!

It’s the same with composition, whether it be for photographs or video. You have to force yourself to look around your entire shot to notice things. It could be a lamp post sticking out of somebody’s head. A tree limb cutting across the scene. An empty coffee cup sitting on a table in the background, or something else that you forgot to put away when you were done with it.

And once you do force yourself to start doing it, eventually you’ll do it without thinking and just start to notice those things.

How to capture compelling compositions in your photography

How centered compositions can improve your photography

« How to build your own colour-changing DIY studio lights
These are the finalists of 2018 Comedy Wildlife Photography Awards, and they’re hilarious »