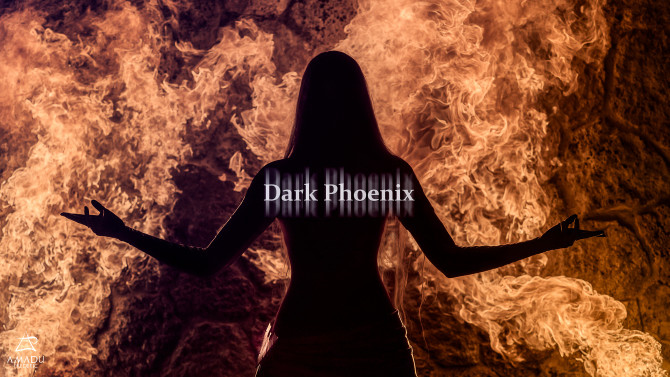 French photographer Frederic Amadu recently shot a series starring Marvel Universe’s Dark Phoenix (oh, make a movie already!!). The Dark Phoenix ( or Jean Grey) has elemental control over fire. So fire was a main part of the shoot. Easier said than done. Frederic had to hack A Broncolor MoveL unit twice. A Different hack for each shot.

Shooting fire is a challenge. For capturing the fire texture, you need to use high shutter speeds (around 1/1000 and up) while most strobes will only sync to 1/200 or 1/250. Some strobes has a High Speed Sync or A hyper sync mode which enables to (partially) use a the strobe power even at high speeds. Sadly, the Broncolor MoveL and Broncolor transmitter, which Frederic uses, has no such support. Frederic is using a clever hack to override this limitation.

The Move is set on its longest duration and is triggered using an HSS supported hot shoe strobe. When the Broncolor picks us the light from the strobe, it fires so it captures the entire open shutter duration. 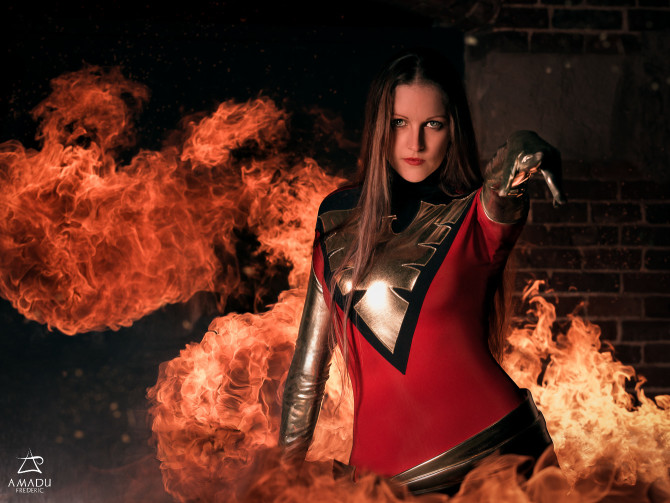 The other shot involved a Kevlar Rope creating wings behind the model. For this, Frederic wanted a second curtain sync, which the MoveL also does not support. (really what are you charging $5,500 for?). The shot is taken using bulb mode to capture the entire move of the lit rope. Again, the way to trigger the Move, was to use a hot shoe strobe set on second curtain to trigger the Broncolor. 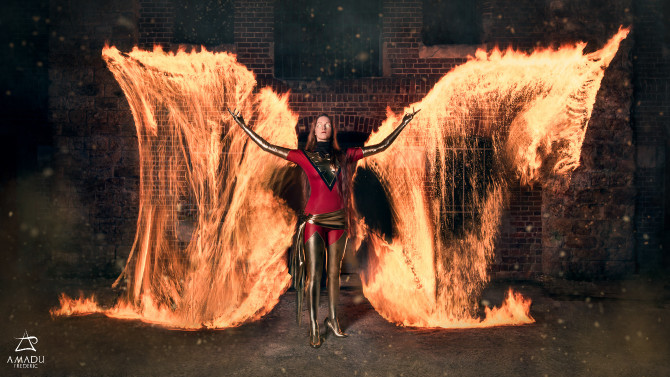 For a fuller walkthrough check this behind the scene below.

Broncolor helps you learn dozens of lighting setups for free