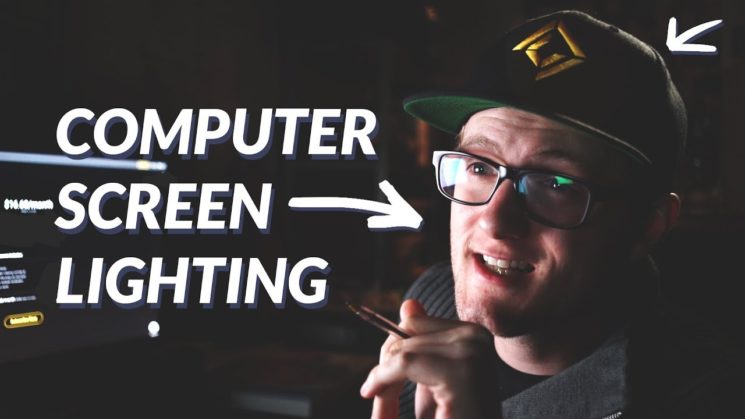 When I first saw this video from The Film Look pop up in my feed, I thought it was going to be about how to simulate computer monitor light with studio lights, but it’s actually not. Here they used actual computer monitors to light the subjects to film this scene.

They did add a couple of small LED lights as well, to help light up the background and add rim lights, but it’s a very simple setup for recording a dramatically lit scene and making the most out of practical lighting (well, monitors) to light your shot.

Using on set practical lights to light your scene is not a new idea. In fact, it’s often the goal of filmmakers. Because if you don’t have to go and set up a bunch lights to get the shot, then that saves a lot of time, hassle and expense.

And sometimes, you don’t need to light up the entire room to get your point across, as shown in the video above. Here they used the computer monitors themselves to light up the two subjects from different angles.

A couple of other lights were used, including the Aputure LS-mini 20D to add a rim & hair light. A NicePhoto SL-120A bicolour LED light was also used to give some subtle light to the background of the shot to stop it fading to complete blackness. In total, 7 shots were used for the final video from five different camera angles, and there was minimal adjustment of the lights between the different angles.

A very effective final result for very little work. The same principles can also work for photography using speedlights instead of the continuous LED lights. You might need to use some gels, though.

How often do you use practical lights to light your shots?

Lights, shadow and highlight – How I lit this dramatic portrait