I think it was in Superman 3 where Lex Luthor built a super computer that captured superman in a bubble to suffocate him. (conveniently ignoring the fact that the man of steel can walk the moon which does not have breathable air). 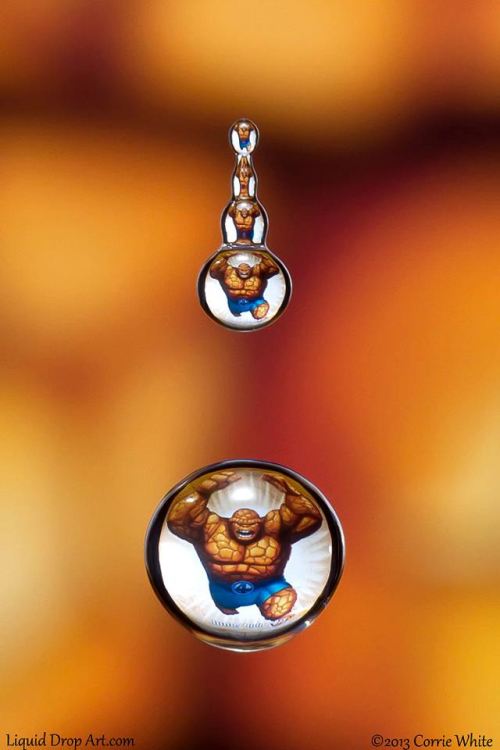 Well, there are other ways to capture superheroes in a bubble. Ways that do not even necessitate leaving your kitchen, as long as you have a camera and some strobes. Photographer Corrie White, who is no stranger to this blog has been trapping super heroes for weeks now, using cartoon birthday bags and an optical phenomenon called refraction. Refraction happens when light moves from one material to another, and basically shifts the direction of light. When light is refracted through a drop of water, the drop acts as a strong lens.

Corrie uses that quality to trap various super heroes that she picked up from bags and posters in a droplet force filed. While the poster is about 12 inch from the droplet, the lens actually focuses inside the droplet so a strong macro lens was used. 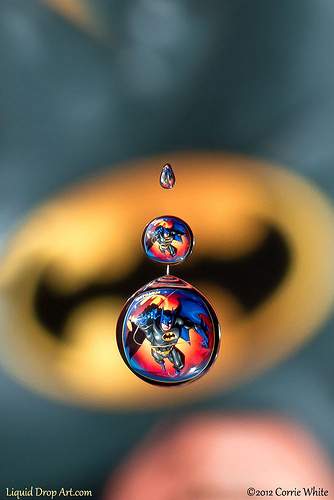 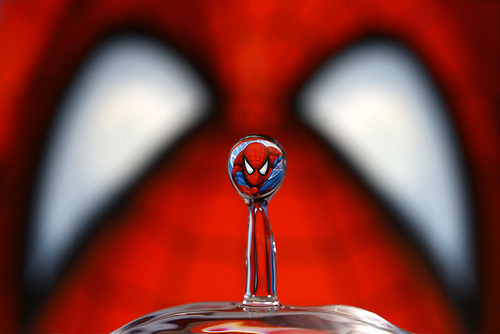 Here is an image that shows the setup that Corrie uses. 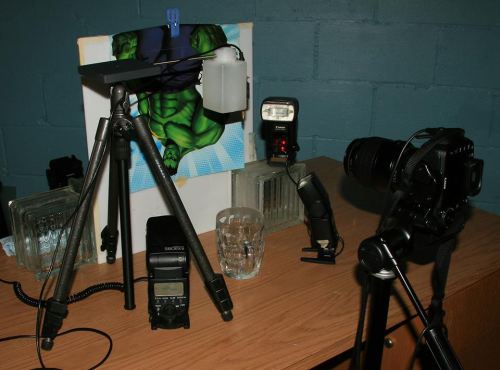 And of course that unforgettable scene where the super computer traps Superman.

Corrie White is one of the best water photographers that I know, so if you love splashes you can follow her fun with water Flickr set, or her Flickr stream in general.