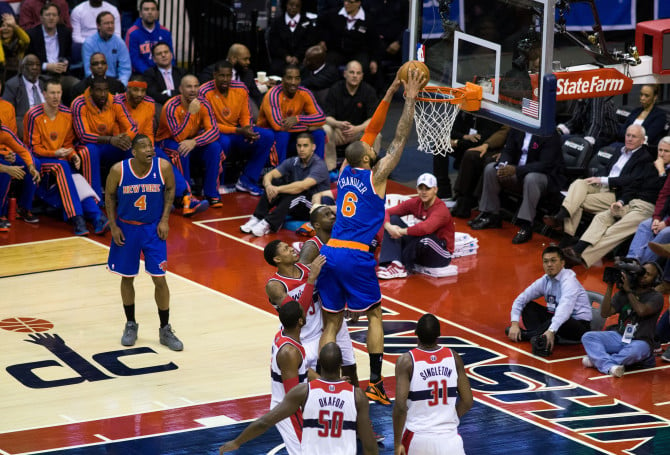 The NBA announced in an official press release that it plans to cut the number of credentialed photographers allowed to photograph each game. The announcement comes after several years of talks and meetings regarding the high incident rate of injuries caused to players and photographers after accidental collisions on the court. Some of you may recall Paul George breaking his left leg during a game earlier this month ago seemed to be like enough to push the latest rule changes along a little quicker. (There is a video of the incident, but be warned, it’s not for those with weak stomachs).

The leagues president of operations, Rod Thorn, said of the new changes:

We have been studying this issue consistently over the last four years and these are just the latest adjustments to make the baselines an even safer area for our players, our team attendants and the photographers…Many of the incidents of contact between players and photographers are around the basket area, so we felt it made sense to increase the open area between the baskets and the first photographer to four feet.”

Last year, the NBA reduced the number of photographer credentials from what was once 40 photographers down to 24 during the 2012-2013 season. The latest change further reduces that number to only 20 photographers, making it even more difficult for photojournalists to get access to the game.

While the announcement is bad news in regards to multiple photographers across the country potentially losing their jobs, the safety of everyone involved (the players and the photographers) must come first. The question is, will the new measures work?