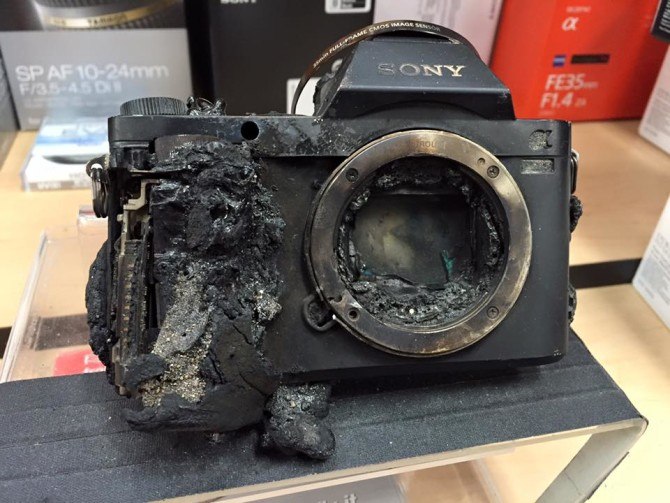 If you thought that the Sony A7S was weather proof think again. It obviously can’t cope even with the simplest of Lava streams.

Photographer Amanda Stevens was demoing some products at Samy’s Camera in Pasadena CA. She spotted this bitten-to-death camera. [luckily, this is not her camera]. As part of the store’s effort to convince customers to purchase an extended warranty, they have a few cameras on display that have made it to hell and back. Samy’s stuff told Amanda that this specific A7S was unfortunate enough to come across a hot lava stream.

Now, obviously Sony will not pick up the tab for this kind of damage, so it serves as a perfect example as to why you would need an extended warranty.

BTW, the back side of the camera did not do better: 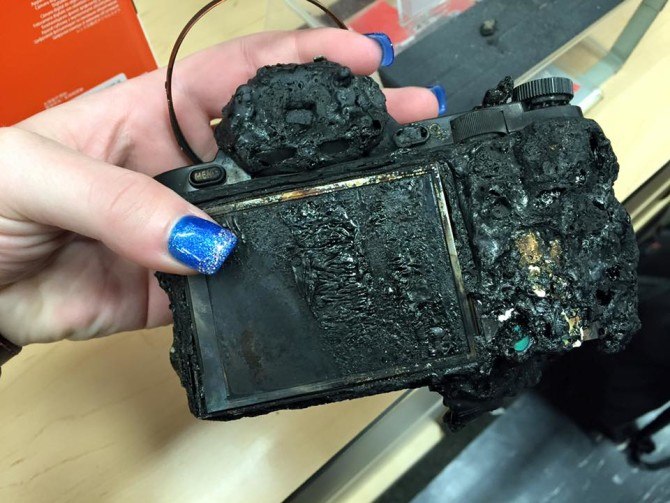 P.S. GoPro is not likely to pick up Lava damage tabs as well.

« Want To Retouch Like Von Wong? You’ll Want To Check Out This Tutorial
When An Alienbees Studio Flash Thinks It’s A Smoke Machine »