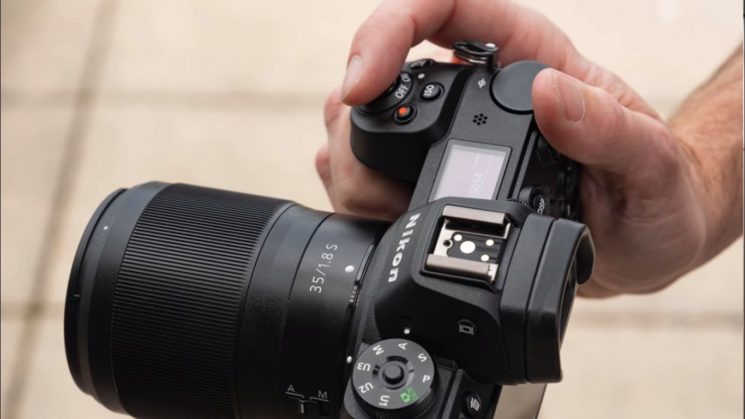 The entire day of 23 August has been marked by the Nikon’s new mirrorless cameras and lenses. My teammate John and I call it “Nikon Mirrorless Day” and I must admit I feel a little festive. As the Nikon mirrorless system has been announced, the hands-on videos have started to emerge as well. We bring you a round-up of hands-on videos that have been published so far, so you can get an impression of the new Nikon Z system.

At the very first look and feel, the impressions are mainly positive. Nikon Z7 Looks “feels like a Nikon” with its good grip. A lot of the controls are placed on the same positions as on Nikon DSLRs, so it’s kinda like a “mini-DSLR” a smaller and more lightweight version of it. The only potentially tricky thing when it comes to the controls is that the Fn1 and Fn2 buttons may be difficult to reach for those with smaller hands. But other than that, the guys seem pretty satisfied with the exterior and the build of the camera.

The guys at DPReview tested Nikon Z7 for product shots, did a field test at the beach and in a park, and they filmed some sample photos and videos of a toddler. And when it comes to using the camera, the team shares some more positive impressions.

First of all, the viewfinder is sharp, precise and clean. If you’re transitioning from a DLSR, DPReview team claims it shouldn’t be difficult for you to make the switch. The interface and options will also be familiar to Nikon users, as they’re pretty much the same as in Nikon DSLRs. You can access all options from the touchscreen, but you can’t change focus points on the screen when you’re using the EVF. Instead, you have to use the joystick, which can be a little counter-intuitive.

The new Z-mount that is a part of the Nikon mirrorless system is much larger than the Nikon F-mount. According to DPReview, this will allow for much faster lenses, such as the upcoming Nikkor Z 58mm f/0.95 S Noct. Although, it seems that we’ll have to wait a while until we see that one.

When it comes to stabilization, you get 5 stops and 5-axis in-body stabilization with native Z lenses. And with adapted lenses, you still get 3-axis stabilization.

AF 3D tracking is a tricky subject. To enable subject tracking mode, you have to press OK and place the center point over your subject, which can take away some of the time when you need to shoot in fast-paced situations. You have to press OK every time you want to reset the subject, too. But, when you use the LCD for shooting, you can just reset the subject by tapping it on the screen.

As far as the video goes, the DPReview’s impression is that, after D850 and with Z7, Nikon seems to be getting more serious about video. The image quality for video in N-Log profile is excellent. The guys say that then AF for video does a very solid job, even better than Sony. They say that the stabilization is pretty good, too. And the EVF will apparently be a pleasure to use for videographers as much as for photographers.

However, for videographers, lenses may pose an issue. First, the focus by wire system is difficult for video. And second, if you’re a videographer shooting with cine (or Canon) lenses: the direction of focusing is something to get used to as well. But if you’re switching from Nikon DLSR to Nikon mirrorless, you won’t have a problem.

There are a few more hands-on first impressions that have been published so far. Check out this one by Adorama:

B&H have also published their own video with David Flores testing out the camera:

Finally, here’s one from Wex:

Here is Kai Wong‘s first look at the Nikon Z7:

These are the hands-on impressions videos we’ve seen so far. As the new ones get published, we’ll update this article, so stay tuned for more thoughts, impressions, test photos and videos with the new Nikon Z7, Z6 and Z-mount lenses.