Dollar stores are fun to visit: you can find all sorts of junk there you’d never known even existed. But as we’ve seen before, some of these items can come in handy if you’re a photographer looking for props, storage solutions, or DIY studio gear.

Chrystopher Rhodes of YCImaging has some ideas on how to use dollar store items to create funky in-camera effects. Whether you shoot stills or video, you’ll find some inspiration in the video below, showing you what you can pull off with a few cheap knick-knacks from a dollar store.

Chrystopher and his family strolled down the aisles of their local Family Dollar store. They picked up some cheap items he could use for in-camera video effects, and here’s what they brought home:

For his test footage, Crystopher used a 50mm f/1.4 lens and placed the items in front of it as he was shooting. Keep in mind that, if you want to achieve similar effects, the best option is to use a fast lens of 50mm or up focal length.

Although Crystopher bought a bunch of stuff, after testing them out, he realized that some of them produce the effects similar to each other. So, he decided to present to you only those that created a unique in-camera effect.

1. The flashlight: adds flare to your images or footage

2. The blue plastic cup: when shooting video, adds the effect of “alter ego” to your subject

3. The sink strainer: while playing with his dollar store stuff, Crystopher figured out that the cheap sink strainer creates pretty much the same effect as his $90 Black Pro-Mist 1/4 filter. It lowers contrast, softens the light, and makes the skin seem softer, too. So there’s your budget solution for a Black Pro-Mist filter. 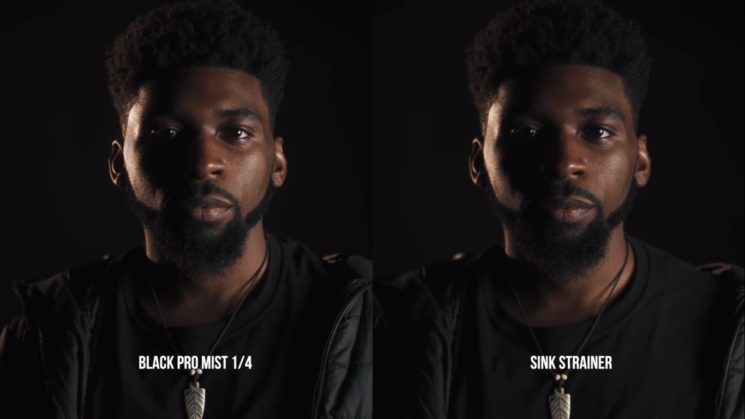 5. The iridescent folder: the folder on its own doesn’t do much. But, you can shine a flashlight into it and it will create a crazy, colorful flare I like the most out of all these effects. 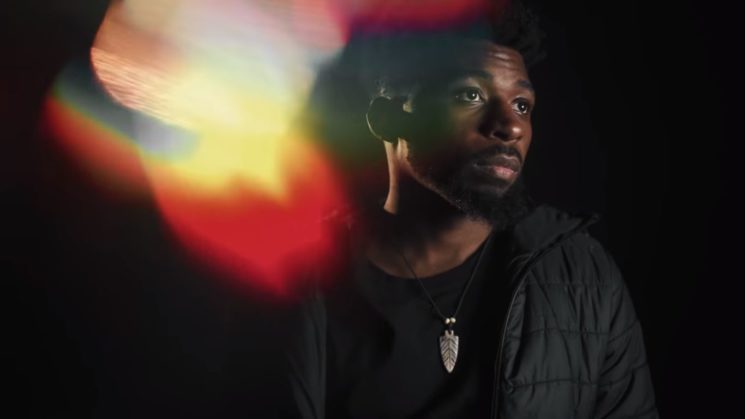 6. Pink gem stickers: those gem stickers also create an interesting-looking sparkle when you shine the flashlight into them and place them in front of the lens.

I think that there are plenty of random items you can find useful for photography. Many things you already have at home can be repurposed, too. You can turn them into props, DIY gear or, as in Crystopher’s case, filters. And why not – even into subjects (I did it here, for example). So, let your imagination go wild and hit your nearest dollar store. : )

Do you use any dollar store items for photography? What are your favorites?