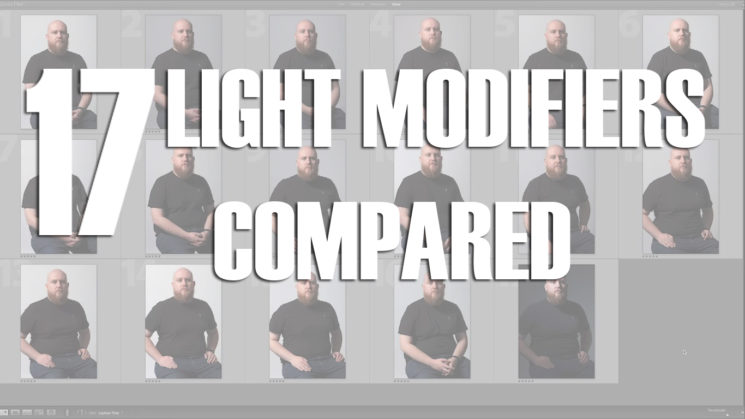 No matter what kind of photography you prefer, there are so many light modifiers to choose from and give your photos the look you want. A wide choice is a great thing, but it can also be confusing. To help you out, Scott Choucino has compared as many as 17 of light modifiers in his studio. So, let’s see in his video how different light modifiers work and how they affect your images.

Even though Scott’s main focus is on food photography, he also shoots portraits. For this video, he has compared a variety of light modifiers in a studio setting, for portrait photography. He shot with a Canon 5DS paired with a 100mm f/2 Zeiss Milvus Macro.

Scott used a Bowens light and paired it with an array of modifiers: a sunbounce, an indirect octabank, an extra-large softbox, umbrellas with diffusion, and beauty dishes. Of course, the final result also depends on other factors such as distance from the subject, height, flash power… but this video will definitely give you a general idea what each of the modifiers does, since they were all used under the same conditions and same settings.

The video is 18 minutes long, but it will be a useful watch for all of you who want to learn more about light modifiers and how to utilize them in your portrait photography. So, make sure to give it a watch and let us know – which is your favorite and most commonly used modifier for portraits?

« New Luminar 4 will use AI skin enhancer to automatically make your portraits flawless
Nikon, Leica and Olympus will not attend Photokina 2020 »