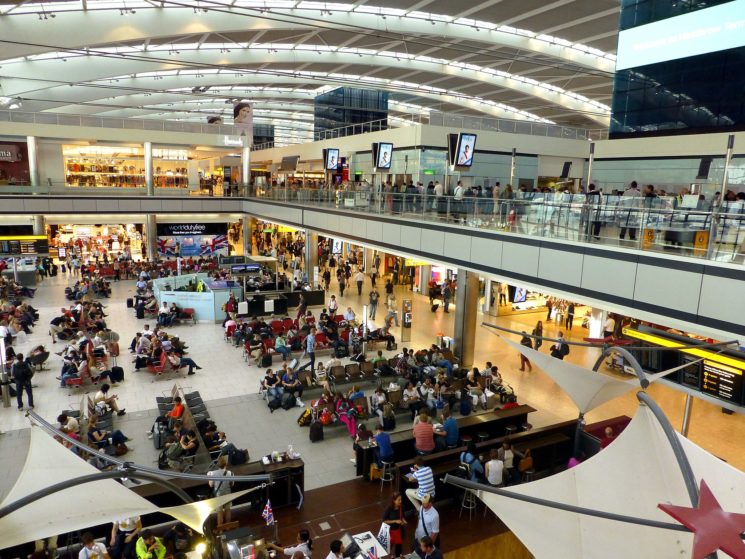 Only three weeks ago, drone sightings grounded 100,000 passengers on 760 flights on Gatwick airport. And now somebody flew a drone near Heathrow, another major airport in London. Because of this, all departures were temporarily stopped for “precautionary measures.”

BBC reports that the Metropolitan Police received reports of a drone sighting near Heathrow at about 17:05 GMT. Their cameraman Martin Roberts confirmed that he spotted what looked like a drone at about 17:45. Around the same time, Heathrow Airport announced that the departures had been stopped:

We are responding to a drone sighting at Heathrow and are working closely with the Met Police to prevent any threat to operational safety. As a precautionary measure, we have stopped departures while we investigate. We apologise to passengers for any inconvenience this may cause.

The flights were held off for about an hour. At 18:52, the departures were resumed and a Heathrow spokesperson apologized to the affected passengers:

While the recent drone event at Gatwick had over 140,000 passengers stranded, there’s no official information how many people were affected by the delays at Heathrow today. But, travel expert Simon Calder said to BBC that it was likely about 40 aircraft that didn’t take off during the one-hour delay. While this is not nearly as chaotic as Gatwick’s 36-hour delay, it doesn’t mean it’s over. Calder explained that “it’s going to be messy for the rest of the evening” because the arriving flights kept coming in, and the departing planes remained on the ground longer than planned.

Now, we have seen what could potentially happen when a drone hits an airplane wing. On the other hand, some claim that it’s unlikely that any serious accidents may occur. Still, airport authorities don’t have other choice but to delay flights, because even the slightest risk is still a risk. Flying drones near airports causes a huge chaos, and we just recently witnessed how huge that chaos can be. Still, only days after the Gatwick incident, someone decided to fly a drone near another major airport in London. Just brilliant!

After the drone event at Gatwick, it was confirmed that both Gatwick and Heathrow would get anti-drone equipment. Furthermore, the police will be given new powers to tackle the illegal use of drones in order to prevent similar incidents. I don’t know if someone wanted to use their chance before new measures are implemented, but flying a drone near a major airport was definitely a reckless thing to do.