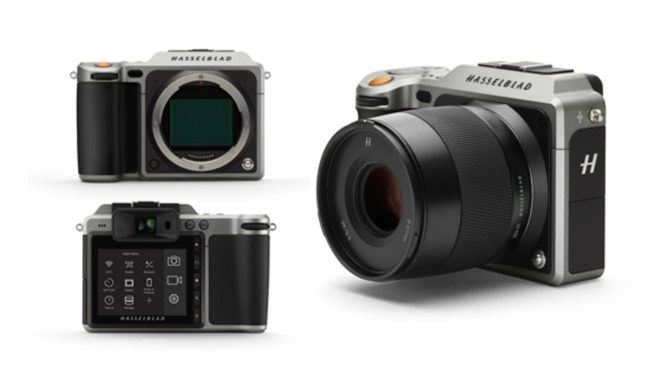 After showing us a few teaser images, and ahead of tomorrow’s announcement of what is expected to be a new medium format mirrorless camera from Hasselblad, images and info have been leaked.

It seems every time a new camera is about to be released, somebody somewhere always slips up and lets content out online before they’re supposed to, although it’s rarely the manufacturer themselves.

Photography reatiler K&M Camera in New York let this one slip through, which would confirm that it is indeed the world’s first mirrorless medium format camera, with a price tag of $8995. This price, while still not all that expensive, is significantly lower than many were guessing. 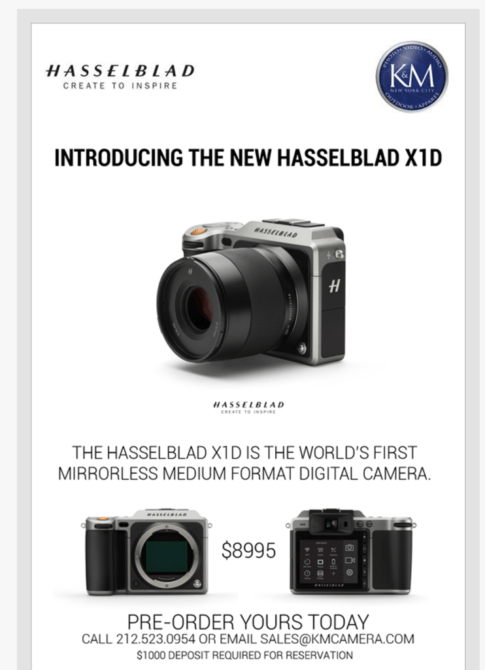 They also spilled the beans about a couple of new lenses to be released along with the X1D, but beyond the focal length, aperture and price, there’s no solid specs or info. 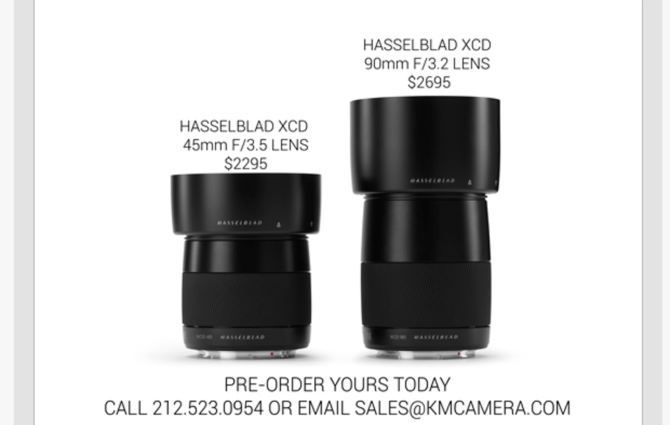 Hasselblad themselves also leaked a little bit of info on this camera, including its name and a few sample photos. After discovering the name of the new camera, and googling, this result came up for me.

Clicking the link takes you to the expected error page, but by the magic of Google cache, we can see what was temporarily live for all the world to see. 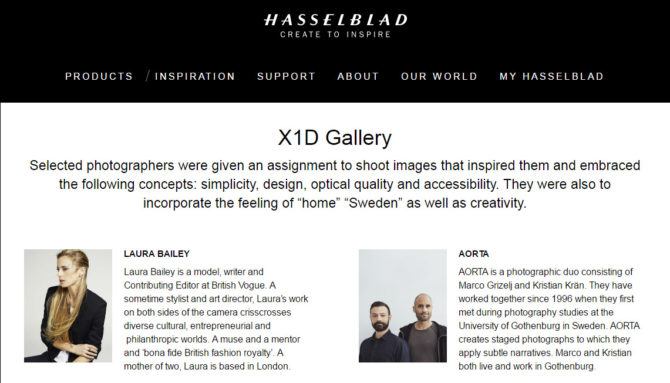 Interestingly, all of the sample images shown were a square format, which seems odd given the shape of the camera’s sensor in the photos leaked by K&M. I assumed they were simply showing square for the thumbnail previews, but actually clicking on them to bring up a larger image also presented square results. 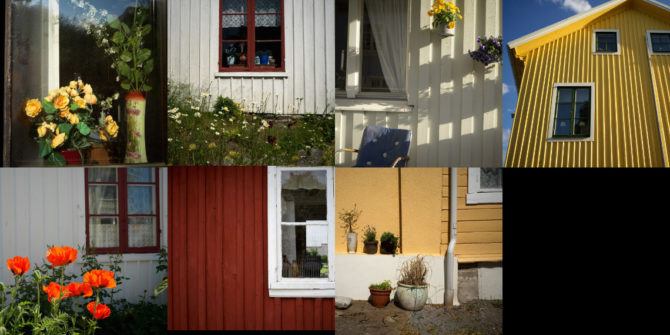 I’m sure Hasselblad still has one or two bits of news up their sleeves for tomorrow that aren’t affected by this getting out, and I look forward to tuning in and seeing the official presentation.

It’s highly unlikely I’ll ever be adding one of these into my own camera bag, but the price does seem rather good for what it appears to be. I can see it being very attractive for medium format landscape shooters looking for a more lightweight option for trekking around the wilderness.

Has this got you more excited for tomorrow’s announcement? Or will you probably skip it now? Let us know in the comments.