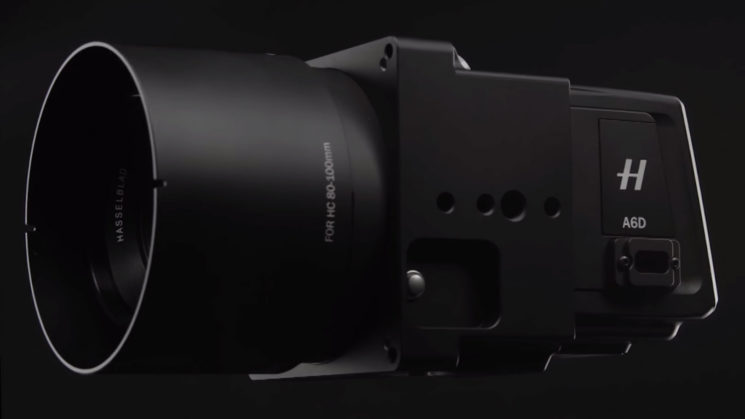 It probably doesn’t come as much of a surprise that Hasselblad have updated their aerial camera system. Replacing the previous A5D 50 and 80 megapixel cameras, the new A6D 100C kicks things up one more notch.

Hasselblad do currently have a complete aerial drone platform in collaboration with DJI which contains the H6D-100C. This, more dedicated, aerial camera, though should help to extend flight time, though, due to being around 2/3rds of the weight.

Specs-wise, it’s quite similar to the Hasselblad H6D-100C. But it loses some of the weight and adds a couple of new feature designed specifically for aerial use.

Where it differs are in the focus and power options. For focus, it’s either manual or the focus is locked to infinity. This means that once in the air, it’s not going to slip. Given that you can’t exactly stream this thing to the ground anyway, this isn’t really an issue. I can’t imagine that if you’re floating this thing up in the air, you’re going to be at anything less than infinity.

For power, it takes 12-24 volts DC through a LEMO connector. As it’s for an aerial platform, and most drones capable of carrying such a camera use 4-6 cell LiPo batteries, this isn’t an issue. Each LiPo cell is 3.7v, so 4 cell is 14.8v, 6 cell is 22.2v. The weight for the camera on its own is right around 1KG. The H6D-100C, by comparison, is closer to 1.5KG. This is a significant drop in weight, which should help to extend that battery life and flight time.