Andrea Biffi is a photographer who happens to be an engineer. Good for everybody as he shares a smart totally made-at-home motorized panoramic head. (Kinda like the Gigapan systems heads, only simpler). 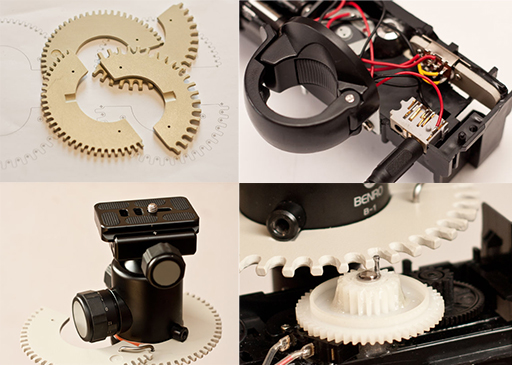 Just as a quick intro, a motorized panoramic head is what you use to take huge panoramas (like this 450 people pano taken in Germany). It takes a picture, moves the camera a few degrees, takes another picture. Rinse and repeat. Later, the individual photographs are stitched in post to create a huge, several Gigas worth of panorama.

Back to Andrea’s head. The ingenious part behind Andreas design is that it is purely mechanical.

The left/right movement is achieved by freeing the tripod’s head (a Benro B1) for horizontal movement. 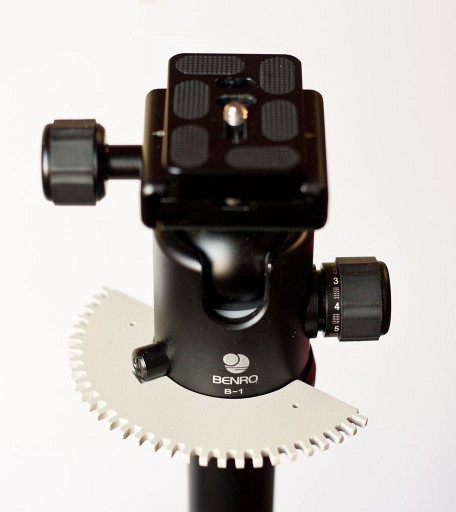 The driver of the panoramic head is a gear box, which is actually a salvaged part from an old CD reader. The motor that pushes the tray in and out. 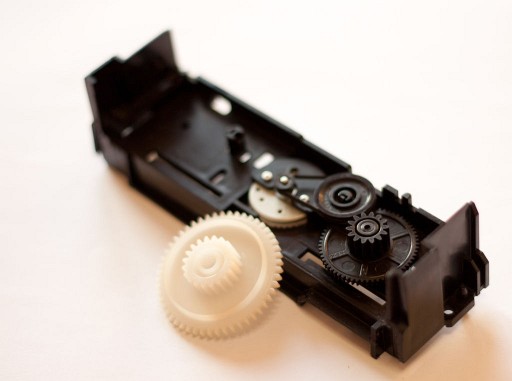 The gears that move the head are hand sketched, drilled and sanded. This means that each lens focal length has its own set of gears to get similar coverage, but there are several gears made to fit each focal length. 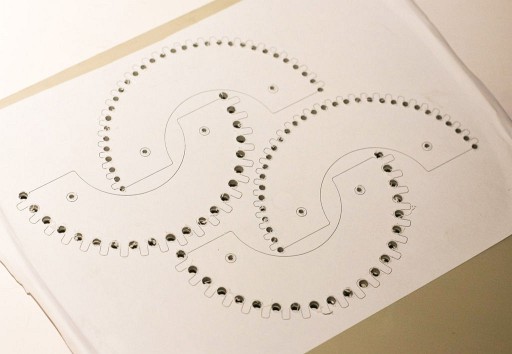 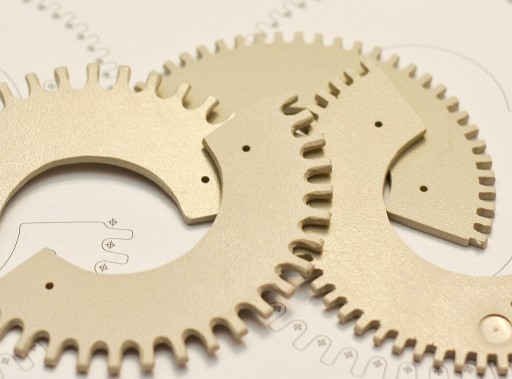 The camera is triggered when the gears hit a momentary switch, connected to a DIY release cable. 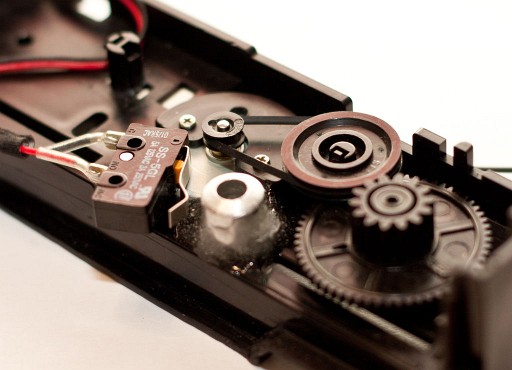 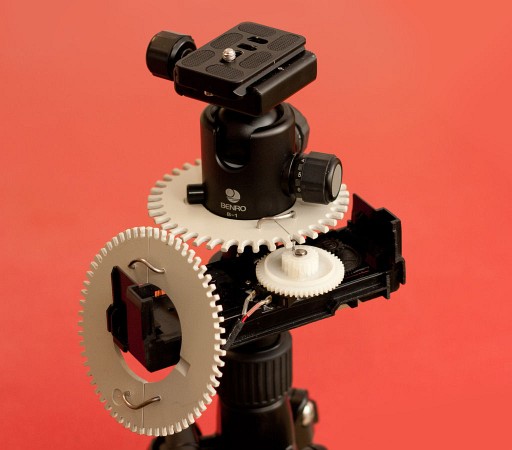 Here is how the entire thing operates, pretty cool, he?

As a last bonus, Andrea has build a similar, improved,  version that uses a laser cut set of gears, which a much higher rotation resolution.