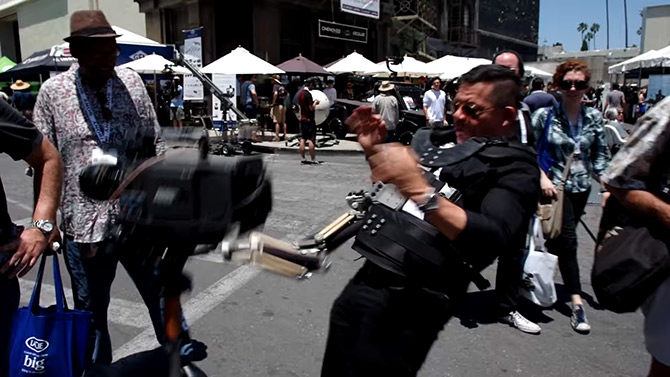 The last thing you want to do when testing out some equipment, especially when surrounded by your peers at the CineGear expo, is to drop a $70,000 Arri Alexa XT, but that’s exactly what one person did while checking out the NBStabilizer rig recently.

A number of social media commentators are putting this down to user error, letting the camera get too far while simultaneously leaning away from it, and I’m inclined to agree, but it still doesn’t instil much confidence with this particular stabilization rig.

Of course, with videos on the NB Stabilizer website showing demos like this, it’s easy to understand why somebody might want to test the technique out for themselves.

Fortunately, a person stood nearby managed to catch it and bear the brunt of the impact, minimising damage to the equipment, but I would imagine he still needed to change his underwear after this.

In the future, I’d suggest trying it out with beer, first.  It’ll be cheaper in the event of failure.

Opinion on social media does seem a little divided as to whether it was user error or simply equipment failure.  Let us know your thoughts in the comments.