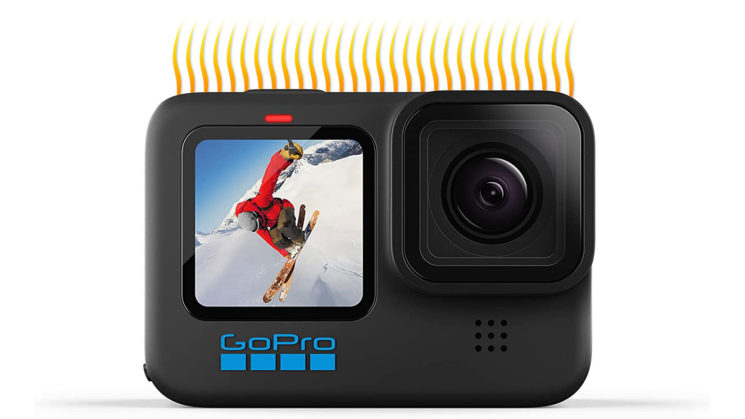 Shortly after the GoPro HERO 10 Black appeared in the market, the first problem appeared as well: the camera seemingly overheats in only 20 minutes. GoPro even admitted the problem, but now it’s offering the solution to it. With the latest firmware update, your HERO 10 shall overheat no more.

The HERO 10 is capable of shooting up to 5.3K footage at 60p. And when you do this, it will overheat, stop recording, and shut down after 20 minutes. Some users have complained about it on social media, and YouTuber GadgetsBoy highlighted the overheating issue in his review video.

After admitting the issue, GoPro has now offered the solution to it. The new firmware update brings you “video performance modes,” designed to provide you with a better (and longer) shooting experience. According to GoPro, 5.3K recording at 60fps is extended by 47% (an average of 29 minutes per clip). And if you shoot at 4K/60fps, you’ll see 154% increase (an average of 1:03h).

The video performance modes include Maximum Video Performance, Extended Battery, and Tripod/Stationary. From what I can conclude, the first one is what I described above. Extended Battery, apparently, sets your camera to get the best of your battery life. Tripod/Stationary mode is useful when you use the camera without moving. This feature turns off GPS and HyperSmooth stabilization, which save your battery and your battery life, but also saves your camera from overheating.

So, if you’ve bought a HERO 10 and you want to improve its performance, go ahead and update it. You’ll find everything you need on GoPro’s website.