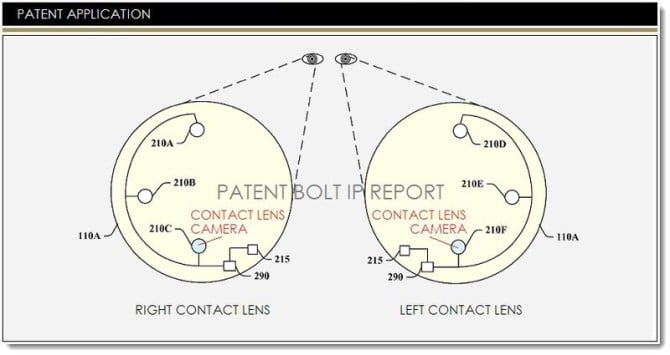 Google Glass is on public sale today for one day only. And by that, I mean that the development model with software specifications assigned two years ago is on sale today. They haven’t even fully implemented their Glass technology into the world of wearable consumer technology, yet, and Google already has their mind on the next move. A patent’s just been released that details plans by the company to invent camera technology for contact lenses.

On a more specific level, what the patent describe is a contact lens system that can capture “image data representing a scene in a gaze of a viewer via a thin image capture component integrated on or within a contact lens”. The processed pictures can be used in different applications on the lens itself or on other devices. Hopefully, this doesn’t mean Google intends for us to be sticking USB cords into our eyes.

Obviously, the big challenge here is inventing a camera sensor that can be applied to a contact lens, which means it’ll have to be thin enough to not effect the size. At the same time, it has to be harmless in contact with the human body.

So why is this… necessary at all? Because considering we live in a time that people consider the fruition of George Orwell’s 1984, one of the first things that immediately come to our heads is the concern over privacy and security; this is going to bring a bit of change there.

But what about the benefits? Google points out an example in how this technology can be used: a smartphone receiving data from the lens can alert you whether it’s safe to cross a road or not based on the images the sensor picks up. Now imagine what that can do for people that are blind. The guide dog business would plummet, so there’s a downside, but the implications this technology has for those that can’t see are exciting.

But the question remains at the end on whether that would be worth everything else this technology implies. It’s so easy already for us to observe privacy issues with how accessible photography is today. One one hand, there’s support for something like this because of how much it can help when applied to people that could use it. But on the other hand, there’s those that’ll pull an Ian Malcolm and argue that Google’s so preoccupied with whether they can or not but not stopping to think whether they should. 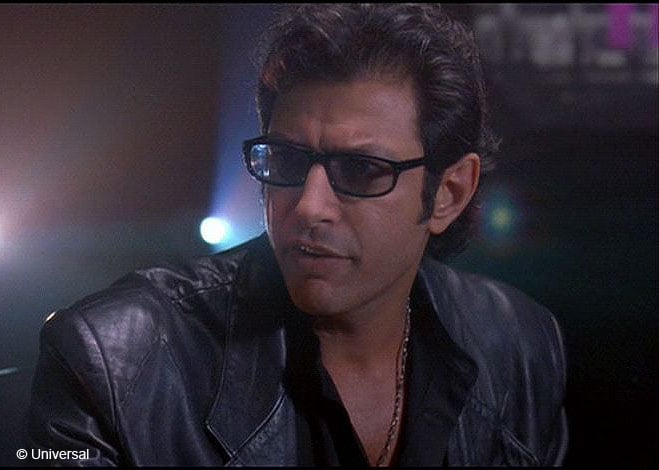 Please be back for Jurassic World, Jeff. At least a cameo.

Either way, it’s unpredictable at this point what to expect. Considering this is only a patent, it doesn’t bring us an closer to the actual development of the technology. It’s simply opened the way for Google to be able to work on it. By the time development begins, when Google Glass is (hopefully) a player in the consumer market, we should have results to go off of that’ll contribute to the debate. But for now, this is something new and extraordinary- an entirely new form of digital photography. And at the very least, it’s exciting to think about.

Canon patents fingerprint ID for their cameras and lenses

« Poll: Do You Print Photographs Any More?
NASA’s Video Of The Lunar Eclipse Will Make Sure You Wont Miss The One In October »