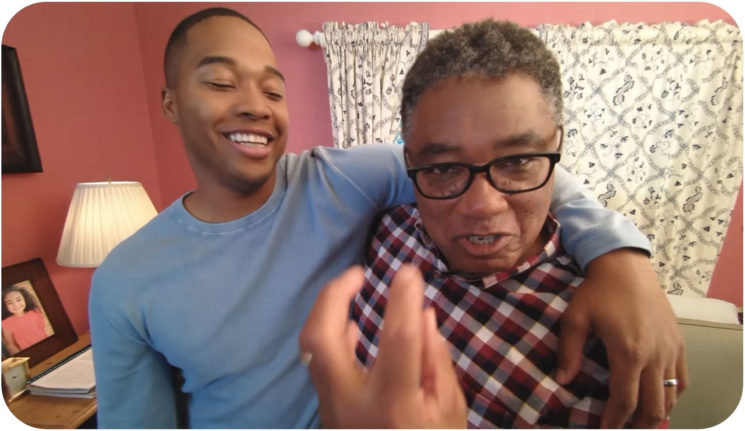 We’ve all been hearing about AI tech that wants to tell us how good our shots are. Apple recently bought out Regaind to help critique our images. Adobe included something simialr in the newest version of Photoshop Elements 2018. Software solutions so far simply look at the thousands of shots you’ve already made. Google wants to cut out the middleman and put this functionality into the camera.

Google’s new “Clips” camera has quite a few bits missing. It has no LCD, and only one button, a shutter button. Although this button is entirely optional. You see, the camera has AI built into it that uses machine learning to recognise and learn faces. It then seeks out interesting moments to capture all by itself. A little creepy, but also pretty cool.

As the name suggest, the Google Clips clips onto stuff. Your belt, a shirt pocket, the back of a chair, whatever. Or, you can just sit it on a flat surface. You rotate a ring around the lens to turn the camera on. An LED then starts blinking to let you know it’s looking for something. There’s really nothing else to do. You just set it down, or clip it to something, and leave it to it.

There it sits, spying on the world as life happens in front of its lens. Snapping away when it sees something it thinks is interesting. 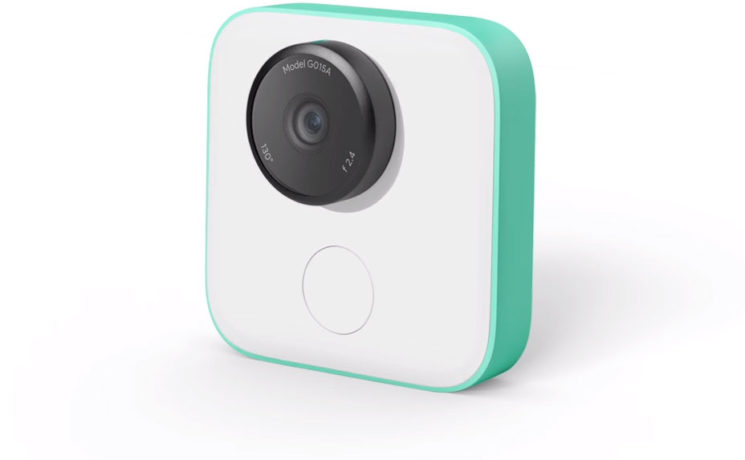 It looks for what Google’s algorithms think might be interesting and records a 7 second clip. It could be your kids playing, somebody with a particularly interesting (to the camera) expression. And it learns faces. It starts to recognise you, your friends and family, even your pets. It will start to prioritise you over strangers. It knows who you are!

It does sound very creepy when you actually have to sit here typing out how it works.

But, you have to remember. This isn’t an online service, like posting your photos and video clips to Facebook or Instagram. Google say that the images are only stored on the device itself. It’s all encrypted and can only be transferred to the phone with which you’ve paired it. It also does not have a microphone, so it’s not picking up anything you say. Obviously, Google seem to be taking privacy very seriously.

Google’s target market for this camera is parents and pet owners. But I also think this could become very useful for vloggers and travellers on vacation. Fantastic for editing together a quick mini-video of your day, or a whole trip. Again, there’s no microphone, but set to music it could make for some pretty cool stuff.

Given that you need to transfer the clips to your phone to access them, they could also be very useful for things like Instagram Stories, to keep a running log of what you think are the most interesting moments from your day.

The battery lasts for around 3 hours if you leave it on and it’s actively recording. The lens has a 130° field of view with a 12mp sensor. It contains 16GB of built in storage, which doesn’t sound like a whole lot, but when you consider these are only 7 second clips, it’s actually quite a lot.

It works with the Pixel phones, Samsung Galaxy S8 and iPhones, but support for more phones is coming in the future.

I like the idea of the surprise with this. While you can use the shutter button on the camera to force it to grab a clip, the idea that it can do it all by itself can lead to some nice surprise reminders as the end of the day.

The Google Clips retails for $249, although I’m not exactly sure of availability. All of the links that even suggest it’s available on the Google store send me to a generic homepage. So, if it is available, it’s not in the UK yet.