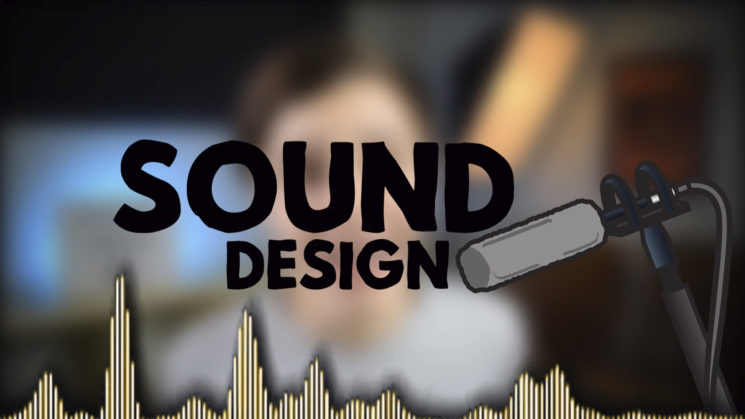 Other than having a good microphone to pick up voices, sound is something that new filmmakers often ignore. But sound is easily as important as the visual, if not more so, when it comes to video production. Sound sets the mood and tone for the video as a whole, or for individual scenes. It can create tension and excitement. Or, it can make the viewer feel comfortable and relaxed.

In this video, young filmmaker and YouTuber Rory Marion talks us through some of his tips and tricks for the sound design process. It begins with selecting music and adding audio effects to enhance the visual. At only 14, Rory may still be young, but he has some good insight and a promising future.

Rory begins by explaining the basic principles of music and sound design in filmmaking. He then goes on to impress his point by showing a video he cut together with two different pieces of music. The first has very bright and cheerful music. The kind you might hear in many uplifting vlogs, for example. The second has a much slower and more mellow piece of music that puts the viewer in a very different mood.

This leads into Rory’s first topic of music appropriateness. If you’re shooting a scary movie, for example, you’re not going to use something that sounds like it should be on a Kickstarter campaign video. As well as picking an appropriate piece of music, the volume of the music relative to the natural sound of the scene can also affect how the viewer perceives the shot. 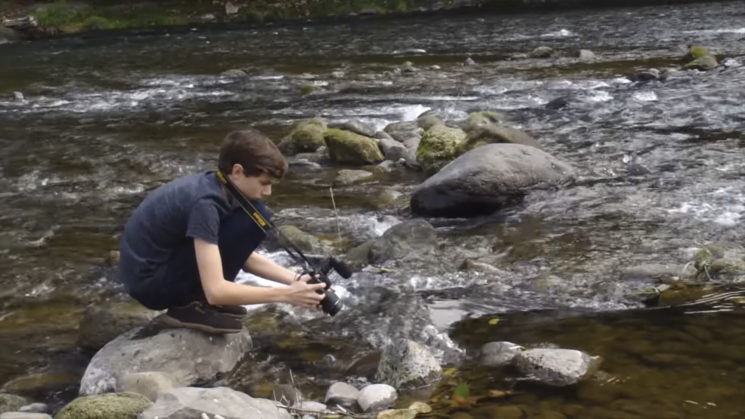 Sound effects are the next subject that Rory covers, which are an invaluable tool to many filmmakers. Often, background noise like birds chirping, cars driving by, even footsteps aren’t recorded with the main dialogue. It’s too difficult to separate them in post if needed. So, the voice is recorded on its own, and then the environment separately.

Sometimes, the environment isn’t the one from the actual scene at all. It may be a composite, comprising multiple recordings from different places at different times. Once blended together, though, it all just fits.

Rory says he often goes out to get recordings of various environment noises. To record environment them, Rory uses his Rode VideoMic Go on the camera. I’ll do this sometimes, too, with the Rode VideoMicro, if that and a camera is all I have with me.

It’s worth investing in a decent audio setup, though, if you want to start building up a good collection. I do this with a Tascam DR-100 recorder, and either a Sennheiser K6/ME66 or Rode NTG1 microphone. It’s always wise to take a good pair of headphones with you, too, so you can hear exactly how it sounds. I usually use BeyerDynamic DT100.

The sound being played back in the video doesn’t necessarily need to be the actual sound of the subject being filmed, though. Rory cites an example where Simon Cade from DSLRguide uses a chainsaw sound in place of a motorcycle engine.

You don’t have to record your own, though. There are many websites out there that offer sound effects for download. Some are completely free, while others, like AudioBlocks, are a subscription service.

Rory goes into a few other tips in the video, too. More about recording your own sound, dealing with echo, and where to find sounds when you can’t create them yourself. There are also some great resources for music mentioned, too. Well worth a watch.