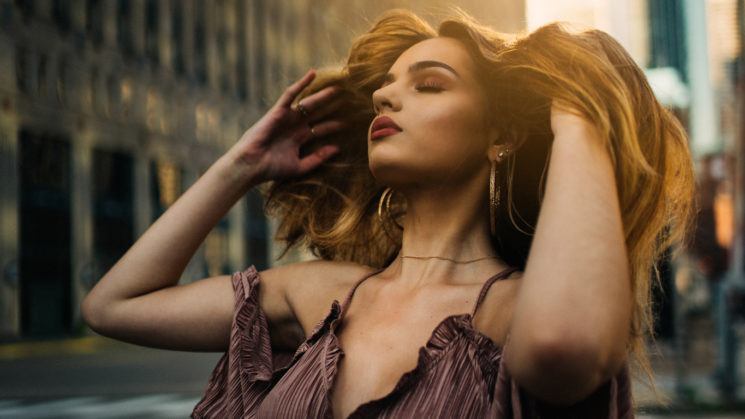 Shooting on location presents all kinds of lighting challenges. You’re at the mercy of the weather, and thus the light. And which light is “best” is a huge matter of personal preference. Some prefer the softness of a cloudy overcast day. Others like that harsh bright direct sunlight. Although the latter is not always that flattering.

There are things you can do to overcome this bright harsh sunlight, though. This video from photographer Manny Ortiz shows us his process, and how he works through these challenges. And it might surprise you to see that not all of them require the use of flash.

In the video, Manny is shooting the Sony A9, along with the Sony 70-200mm f/2.8 GM and Sigma 35mm f/1.4 Art. Manny doesn’t normally use a lens this wide for his portraits, but he wanted to be able to include more of the environment.

Most of my own locations are a little more middle-of-nowhere rather than the urban settings shown in the video. The techniques shown, though, can be adapted to work just about anywhere.

Backlight with sun and flash from the front 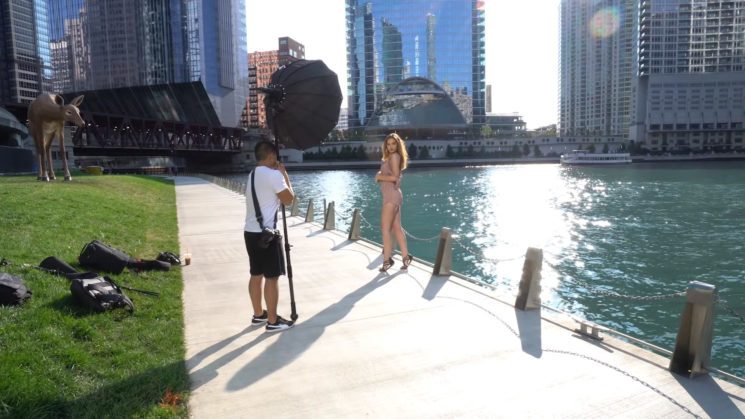 This is Manny’s go-to location setup (mine too, as it happens). A flash in a big round(ish) softbox creates a nice soft flatting look for your subject, and the sun gives a nice even rim light, separating the shadow side from the background.

For this type of shot, Manny typically uses the Godox AD200 with a Glow ParaPop 38″ Portable Softbox. Personally, I use a Godox AD360II with a slightly larger Godox 48″ popup octabox. This is another one of those things that comes down to personal preference, but the principle is the same regardless of what light or modifier you use. 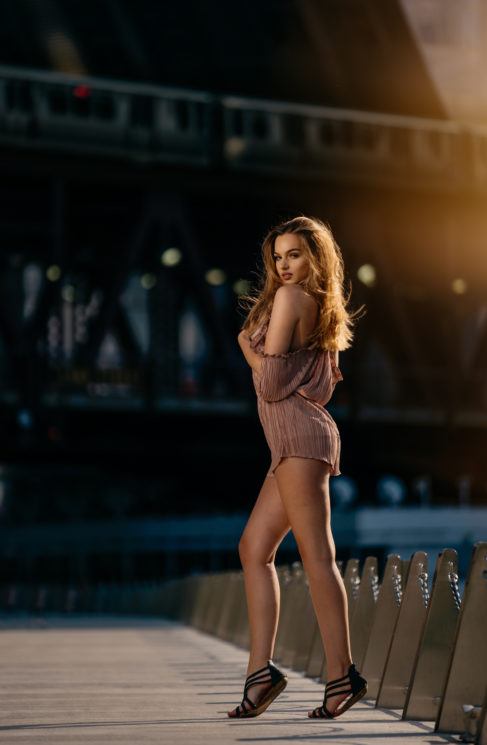 Manny also shows the same technique from another angle, moving around to get the water in the background. You can’t move the sun, but you can move your subject and your softbox. So, remember this when you move yourself. 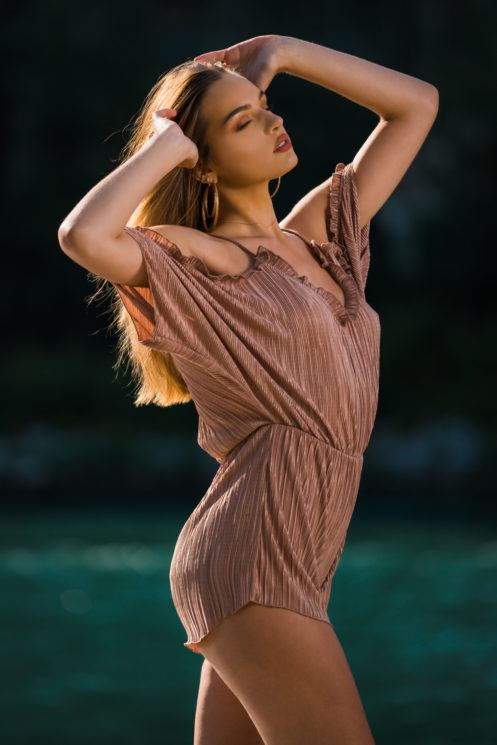 Backlight using the sun without the flash 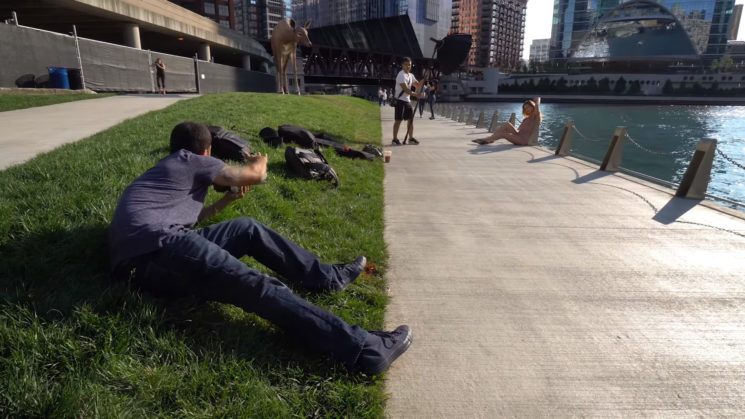 The flash isn’t always essential, depending on the camera you’re using. For something like the Sony A9, you can bring up a lot of that shadow detail in post. I do this with my Nikon D800 often, too. I also do it with black & white film, where you can often overexpose the highlights 5 or 6 stops without blowing out the detail. 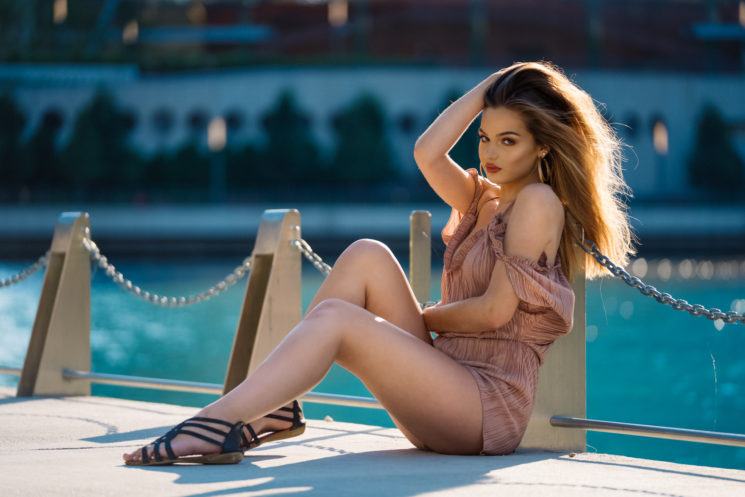 Use reflections as a backlight 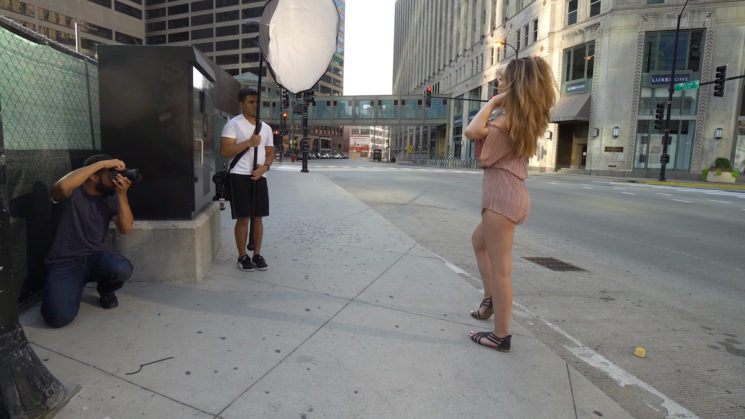 Using the sun reflecting off a building as your backlight, rather than the direct sun can produce some fantastic effects. For a start it makes this light source much larger. No longer is it just a bright tiny ball of fire in the sky. It lets this back light wrap more around your subject, and brightens up that background while still providing a nice rimlight.

A pop of flash from the front gives a gorgeous look. Manny says this was his favourite shot from the whole day, and it’s easy to see why. 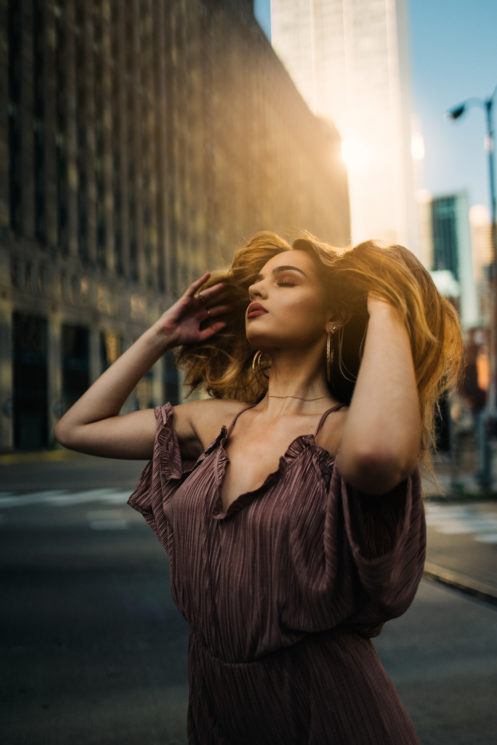 Use the sun as your sole light source 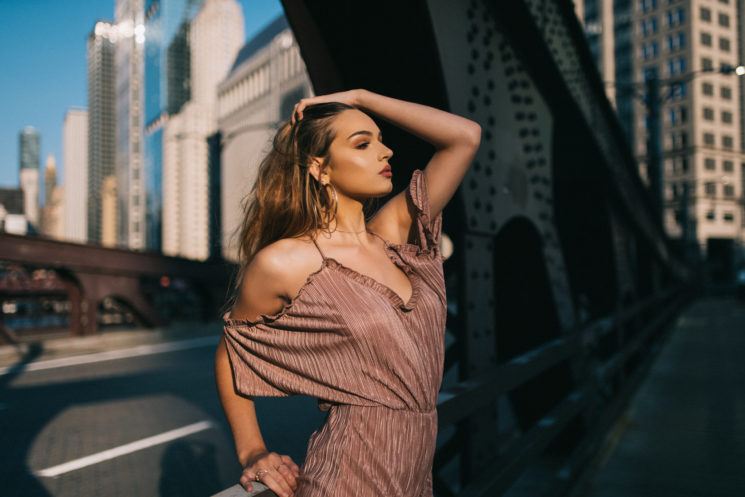 This is one thing we’re often told never to do, and it’s something I love to do. And don’t be afraid of it. You might have to get a little creative with your poses sometimes, or wait for a different time of day to get the look you’re after, but it can be a beautiful light when used well.

The two things to be careful of are that your subject isn’t squinting (I usually have them close their eyes, then I count down from three and shoot when they open) and that you may need to turn down the saturation of oranges in post.

Fill in with flash 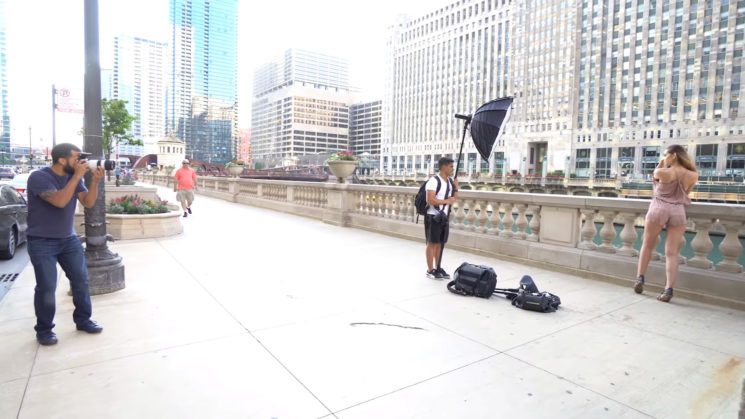 You can also use the sun as your primarily light source with flash to fill in the shadows. You don’t get that rim light on the shadow side, so be careful that your subject still stands out from your background.

Camera autofocus systems are notoriously bad at tracking subjects that are moving closer to, or further away from the camera. There’s been a lot of improvements made in the last couple of years, but it’s still rarely perfect. Moving with your subject while you shoot is a great way to minimise the change in distance between you and your subject. It makes it much easier for your autofocus system to keep up.

Manny made the video during a collaboration with a couple of other photographers. He shows off some of their shots from the day at the end of the video. Having an extra person or two on set can be really handy for location shoots. Sometimes you just need somebody to hold a light or reflector that might otherwise be impossible.

If you want to see more of Manny’s videos, don’t forget to swing by his YouTube channel.

The complete guide on photographing in harsh sunlight

« This brilliant music video has no VFX, only a tiny camera on a huge set
Microsoft decides to save Paint after the reactions of public »