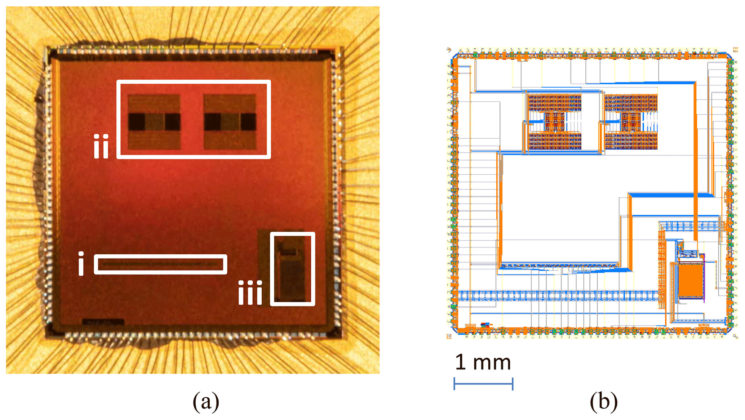 Researchers at the Institut für Mikroelektronik Stuttgart in Germany, have developed an image sensor that makes it virtually impossible to blow your highlights. It uses “self-resetting pixels” which when they get saturated don’t clip. It simply starts counting over, keeping track of the number of times it’s started over.

Traditional CMOS sensors essentially have a finite range of exposure they’re able to record for each colour channel of each pixel, which is stored as an integer. On a 14-Bit sensor, this value for each of the red, green and blue colour channels for each pixel is somewhere between a value of zero for total blackness to 16,383 for pure white. Anything that would produce a brightness value higher than 16,383 is lost.

With this new sensor, when saturation on a pixel reaches the maximum (16,383), it just resets back to zero and keeps counting back up again. The amount of times a pixel has to reset in this way is stored alongside the remaining value, meaning highlights don’t clip and can always be recovered.

Working principle of the self-resetting pixels.

A sensor like this in future cameras would mean that you no longer have to underexpose to retain details in the sky or a white wedding dress and then have to pull the shadows back up in post, potentially introducing a ton of noise. You can actually expose correctly for your subject and not have to worry about where the highlights fall at all.

But it seems the chip is destined for video, according to lead researcher, Stefan Hirsh, although he does say that “it should also be possible to use for still images”. It’s also still in its very early days and quite limited. It requires a lot of additional circuitry be incorporated into it, meaning that the actual photodiodes only account for around 13% of the surface area each pixel requires.

You can read the full paper here.

But, it’s a very cool concept, and hopefully one we’ll start to see other manufacturers pursue over the next few years.

« Nikon’s insane Z 58mm f/0.95 S Noct lens is officially available, costs $8,000
Here are 11 great ideas for using your photography to give back to the community »