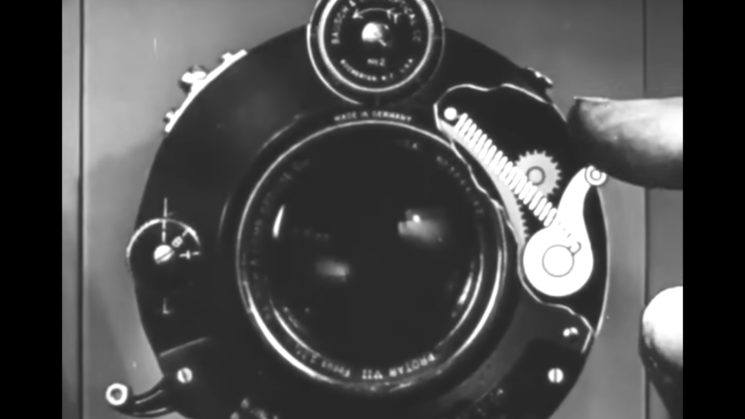 The principles of photography really haven’t changed all that much since its early beginnings. The technology has come a long way, the recording mediums have evolved, but the fundamental principles are still the same. You still need a light tight box (your camera body), something to project light from your scene to the inside of the box (a lens), something on which to record it (film or a sensor) and a way to control the exposure (shutter).

In this 1948 training film from the US Navy, we learn about the history of photography as it stood at that time. We take a look at the original camera obscura and how it evolved into the bleeding edge technology of mid 20th century. That technology may be a far cry from where it is today, but some things never change.

Generally speaking, the process for making photographs has gotten much easier over the years, although the basic anatomy hasn’t really changed. Whether you’re shooting DSLR, mirrorless or even a cellphone, it’s still basically the same. The shutters in some cases might’ve moved from physical to electronic, but it’s still there. 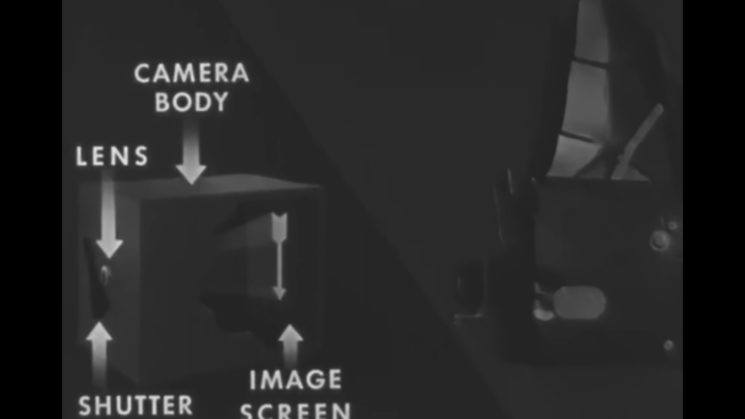 But, technology moves on. Cameras are now typically much smaller than their historical counterparts. They have advanced electronics built in with doohickies you can hook up to them for specific purposes. Flash triggers, optical and audible camera triggers, GPS, WiFi grips and dongles, and all kinds of gadgets are available today. You can even use Arduinos and tablets to control them remotely and automate tasks.

The workflow after taking the shot is a lot less messy, too. We don’t need to worry about the expiration date of film or paper or whether our chemicals are still active. No longer do we need to deal with the chemicals. Although, I would argue that I spend far more time at the computer after a shoot now than I ever did in the darkroom with film. That time aspect is one of the reasons I still shoot film for some projects.

Even if you’re not planning to shoot any film, it’s a fascinating look at the technology as it stood 70 or so years ago.

Did you spot any cameras in the video that you own? Or have used? Still use? What technological camera advancements have you loved the most? Which advancements in camera technology do you feel have been a step backward? What camera technology could you not live without today? Let us know, and tell us your thoughts in the comments.

Ten things nobody told you about landscape photography