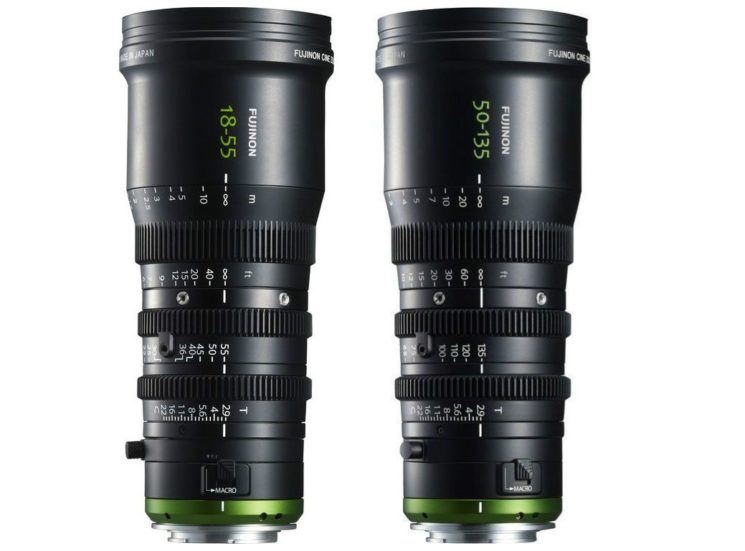 Fujinon has announced two new cinema zoom lenses: MK 18-55mm T2.9 and MK 50-135mm T2.9. They are fast, compact, versatile, and affordable. If you are in the “Sony team”, you may want one for your camera, as they are compatible with E-mount cameras with Super 35mm-sized sensor.

Both lenses have a common 85mm outside diameter and a common 82mm filter diameter. Length and weight are identical, and their pitch focus, iris and zoom gear rings are all in the same place. Because of this, changing between the two lenses very easy, and you don’t have to adjust the camera’s balance when going handheld.

Both lenses feature a macro function and a back focus adjustment, and they both have focus rotation of 200°. As you can see they have a lot in common, in order to make the switching between the lens easier. And let’s take a look at the rest of the specs of these two lenses.