One of my goals for 2017 was to get back to taking photos for no one but myself. I have been so focused on my own work that I forgot what it’s like to just take photos for the sake of it and have the luxury of not shooting to a brief or a deadline. One of the main reasons for this was simply due to the fact my cameras were too good!

Whenever I’d take either my Canon 5d’s or 1d’s out for personal work I felt like I was taking a gun to a knife fight. They are too heavy, too loud & quite often would get the attention of the subject when I didn’t want their attention at all.

I’ve never been one to care much for ‘specs’ of cameras, I just know what sort of camera I need for the type of assignment I’m shooting. For the most part, cameras mean little to me other than being a tool I need to do the job. 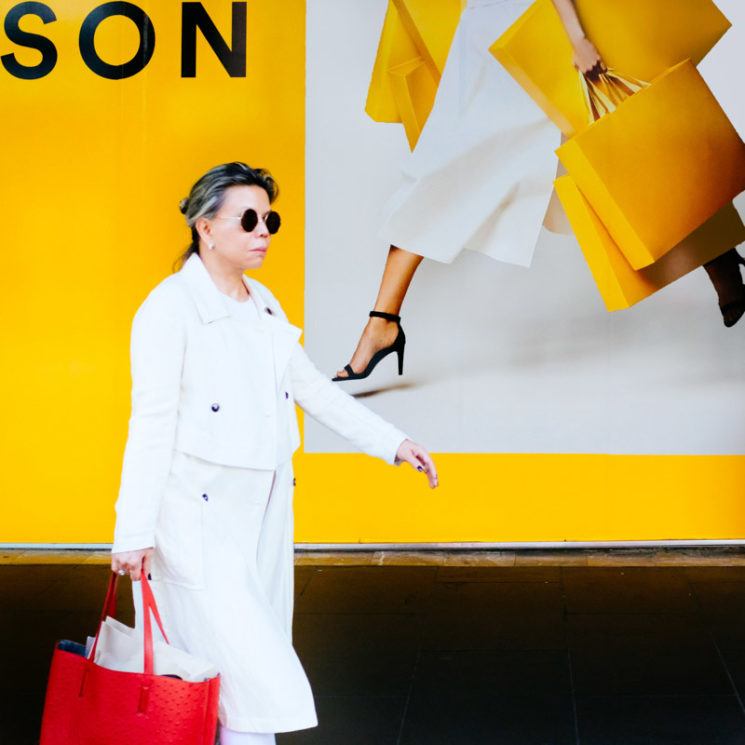 Is the Fujifilm X100F is the everyday camera for professionals?

When it came to finding a good camera for street & personal stuff, it needed to be light, small, have a fixed lens and a quiet shutter. The X100F ticked all the above. My first shakedown with the new X100F saw me walk 15kms without much notice.

If I was Fujifilm I would sell this camera with a pair of walking shoes!

Any day off I get instead of playing golf I’m walking around town snapping away until the battery dies. I’ve never walked so much in my life as I have over the last two months of X100F ownership.

For anyone who is only familiar with DSLR’s especially the professional bodies, the first thing you will notice other than the size & weight is just how quiet the shutter is, technically it isn’t silent but it may as well be.

I’m not going to go into specifications, megapixels and technical jargon, all I will say is that the sensor is more than good enough, the fixed 35mm equivalent lens is very sharp and fast at F2. In fact, it is so good you can get away with using the X100F professionally, I will get into this later on. 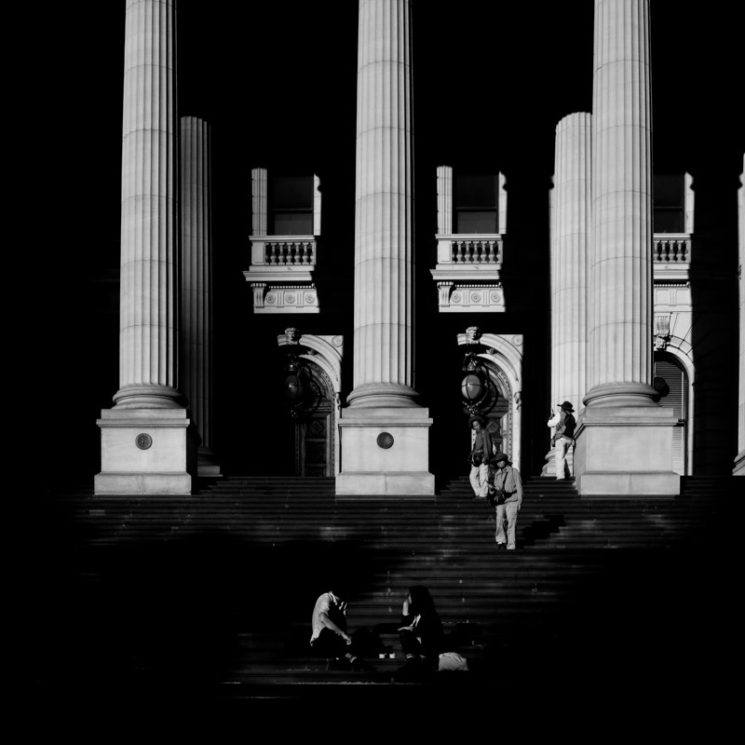 Afternoon light hits the steps of the Victorian Parliament House.

The camera is synonymous with street photographers and rightly so, it’s a very unassuming camera especially in its all black livery (which was my preferred option but not in stock at time of purchase) & as mentioned its near silent shutter. The autofocus is pretty good for a camera like this. It has a number of traits which can come very handy out in the field.

It’s customizable dials are fantastic and quite easy to get your head around. Whilst there is the large shutter/iso dial on the top of the camera, this can be customized to work on the front and back dials which makes for a much more intuitive feel for DSLR users. It does have back button focus but I find this button to be in an odd position and the button itself is a bit fidgety. My only other gripe is that the exposure meter in the viewfinder is far too small and hard to read when shooting during the day. In saying all this though the X100F is a perfect gateway for DSLR users looking to get into the mirrorless game!

For everyday fun or personal use this camera ticks all the boxes. Oh wait there is more! The ACROS black and white film simulation! Finally an in-camera digital black and white conversion that actually does justice to ‘black and white photography’. I couldn’t believe the quality I was seeing in camera with this conversion. This simulation alone is worth the money you pay for this camera! 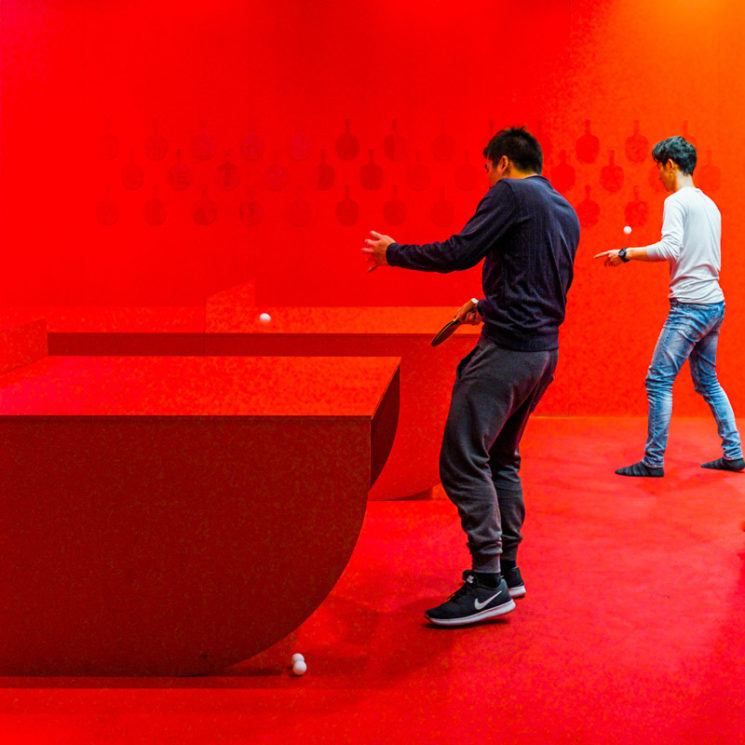 Can you use this camera professionally?

Well, I’m of the opinion that if you know what you are doing you can use any camera professionally but would the Fujifilm X100F replace a Canon 1DX or Nikon D5? No, however in my experience having used it on a few assignments it’s certainly a very handy camera to take around. Needless to say, this isn’t a camera to use for shooting sport or action for example, that said I recently used it whilst covering the Melbourne Formula 1 Grand Prix, mainly in the paddock and in pit lane. It’s a great camera for those ‘candid behind the scenes’ shots; to use cinematography parlance, it’s a B-roll camera!

The image size & resolution is certainly big enough for editorial content and to some extent commercial work. Whilst it is ok at high ISO, I probably wouldn’t bother shooting above 3200iso, it’s just a bit too noisy. 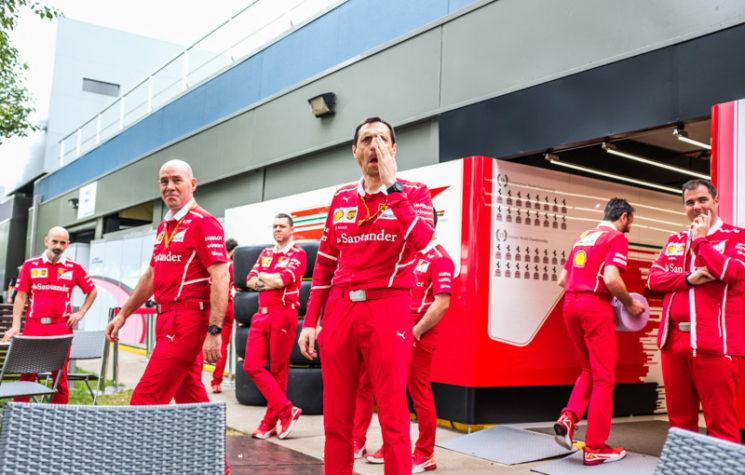 Ferrari mechanics standing out at the back of their garage on Sunday during the 2017 Rolex Australian Formula 1 Grand Prix. Albert Park circuit in Melbourne, Australia March 26th 2017. 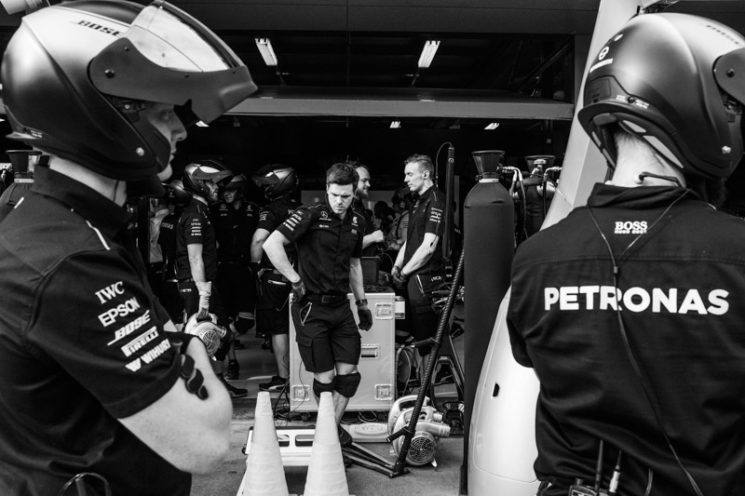 Mercedes AMG mechanics in Pit Lane wait for their car to come into the pits. Albert Park circuit in Melbourne, Australia. 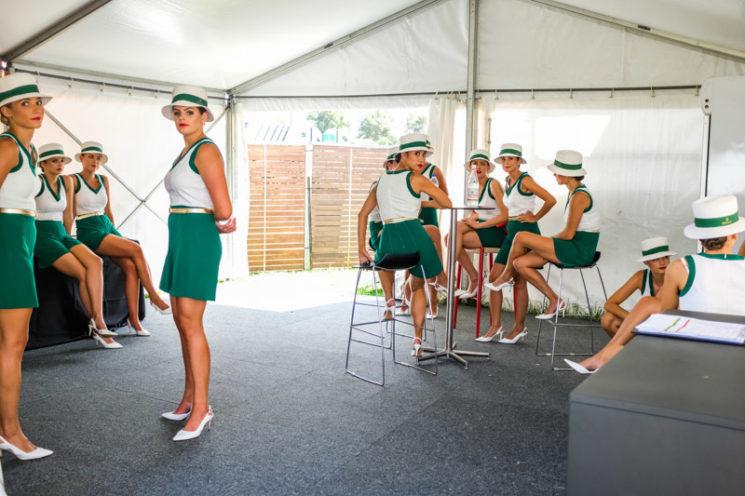 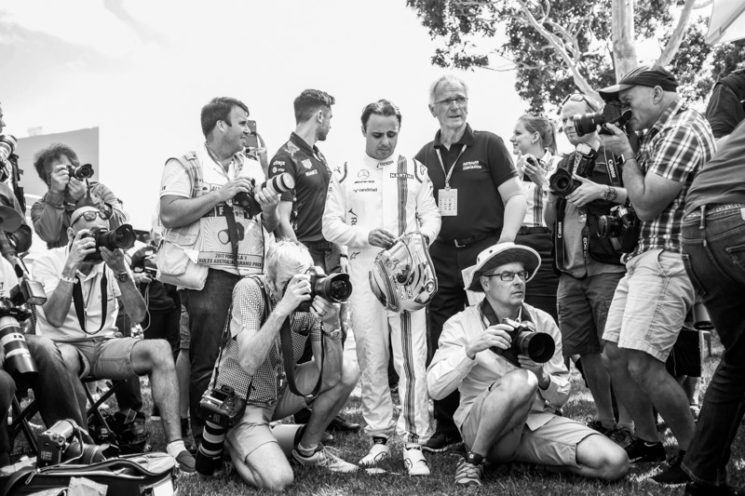 If it was weather sealed it would be perfect!

Unless the weather is really bad I will always take it with me on assignment. It’s small and light enough so it doesn’t really add too much weight to my overall kit.

A story I shot recently for the New York Times was nearly shot entirely with the X100F. For this particular story I needed a camera that was quiet & unassuming. The X100F was perfect, whereas if I had used my DSLR’s I would have discomposed the subjects I was photographing and not got the candid look I was after. 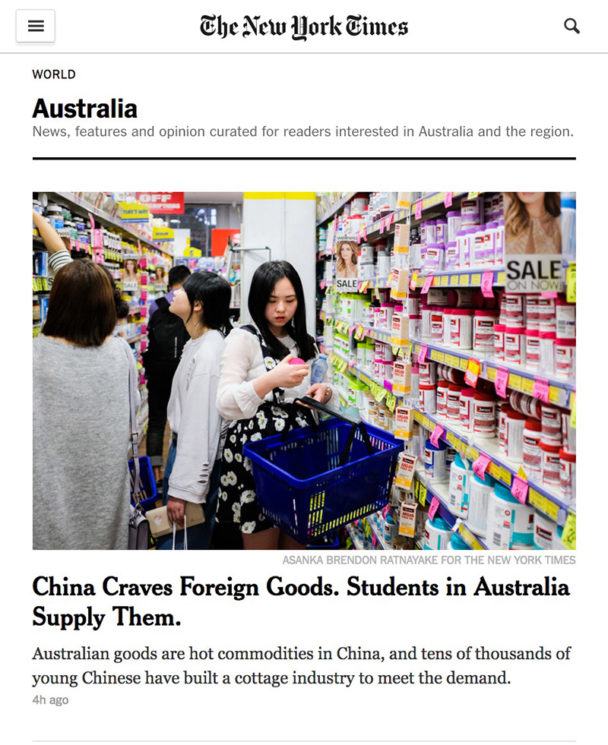 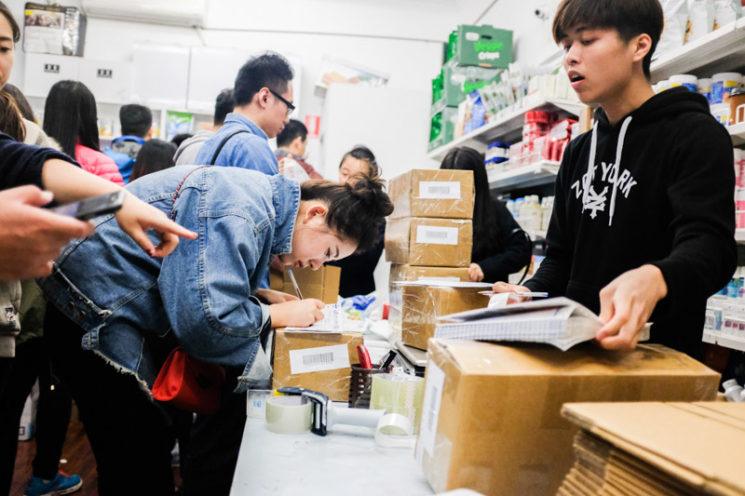 A customer surrounded by packed boxes to be mailed to China fills in a courier docket at the ‘Chang Jiang International Express’ store in Melbourne. Asanka Brendon Ratnayake for The New York Times. 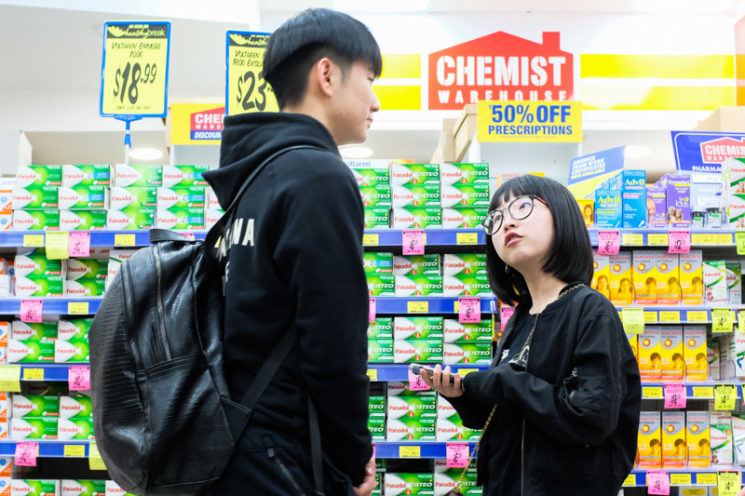 Customers at the Chemist Warehouse stand in front of the paracetamol isle. Being a daigou is a popular part time occupation for international students from China due to both convenience and the potential to earn good money whilst easing the financial burden on their parents back home. Asanka Brendon Ratnayake for The New York Times

I’m in love with this camera

The Fujifilm X100F is, funnily enough, the cheapest & lowest ‘spec’d’ camera I currently use yet it is the first camera I have actually fallen in love with using. I’m not someone whom gets emotionally attached to cameras but in this case I am in love!

I rarely had the urge to just go outside and shoot for the sake of it & the main reason for that was because my DSLR cameras are too heavy & too impractical to carry around when just going out with friends or walking around town, the X100F solves that issue perfectly!

The size, image quality, reasonable autofocus, sharpness of this camera makes the X100F a perfect companion for any professional photographer who just wants a normal camera for everyday use.

Most importantly it’s a fun camera to use, just get a good pair of walking shoes!

Asanka Brendon Ratnayake is an Australian photojournalist specializing in social & political unrest, humanitarian crises, natural disasters as well as general news and major sporting events throughout Asia and Australia. You can find more of his work on Instagram or Facebook and connect on Twitter. This article was also published here and shared wioth permission.

The Business Cost of Data Storage for Creative Professionals

What is flash recycle time and how/why does it work the way it does?
« The noobies guide to choosing a medium format film camera
A three step method for improving like a boss »