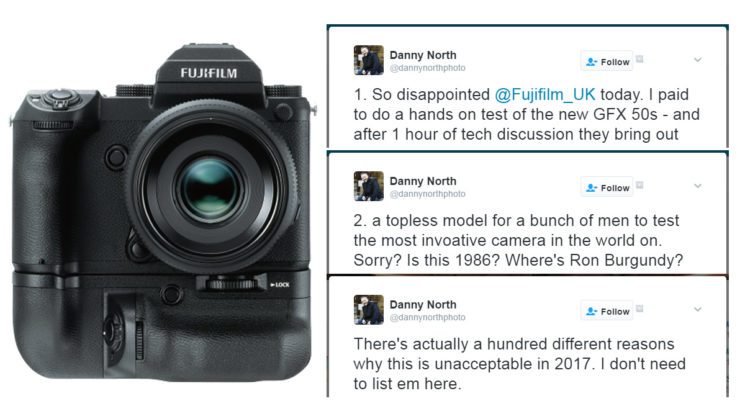 Having models at camera demo events isn’t all that strange. It doesn’t happen at most of them, but it’s not unusual. Especially with cameras marketed towards fashion and portraits. Somebody at Fujifilm UK, however, decided that just bringing out a model wasn’t good enough for the Fujifilm GFX 50S, though. Oh no, she had to be topless, too.

Fujifilm UK held a paid event that would let photographers try out the new medium format GFX 50s. It started as many do, with a technical talk. Then they were to bring out a model. That way photographers to try out the new camera for themselves. It caused at least one photographer, Danny North, to leave immediately. He then went on a Twitter tirade to voice his displeasure. 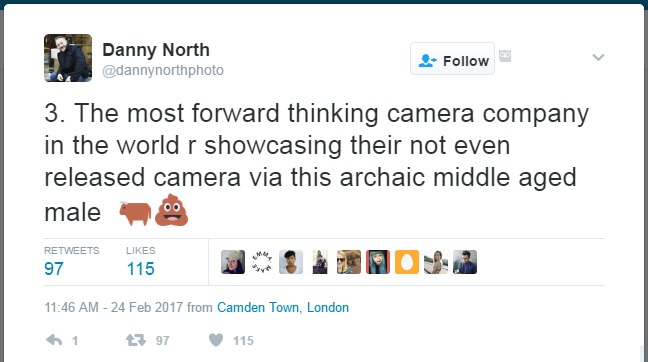 Having now lost the money he paid to enter the event, Fujifilm UK did respond with a sort-of apology. 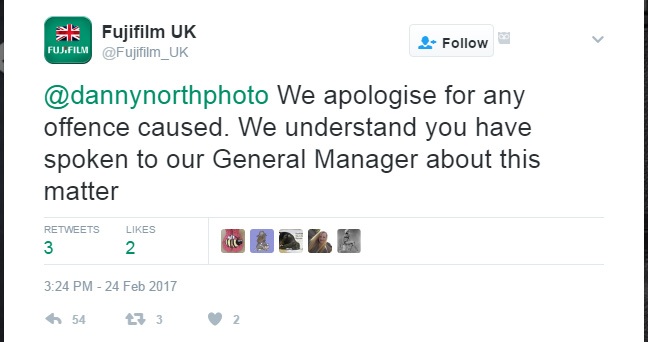 Whereupon Mr North suggested that they donate his refund to the Women’s Aid charity. 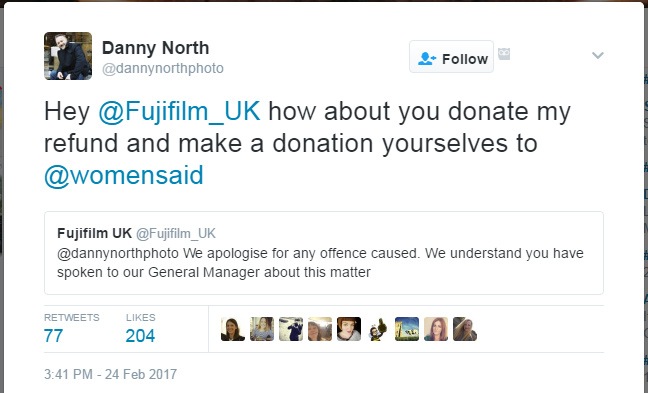 His tweets have received many replies from similarly outraged people who weren’t there. I wasn’t there, either, so I didn’t see how the event was marketed. But Danny’s response suggests that it wasn’t exactly an expected turn of events. Either way, it’s still kinda weird. And the weirdness isn’t really about the subject matter, but the context in which it’s presented.

When I go to check out a camera, lens or other gear, regardless of subjects I may choose to shoot personally or professionally, the subject matter for testing really isn’t all that important. I don’t understand what Fujifilm UK thought they had to gain by making a model come out shirtless.

But then, the model obviously didn’t have a problem with it, or she wouldn’t have done it. Every day, various social media platforms remind us of the whole #freethenipple thing. To make topless females just as socially acceptable as topless males.

While I’m not quite sure that this is what the Free the Nipple campaign have in mind, one has to wonder if there’d be this much outrage had it been a male model. For me, though, a topless male would still be just as weird at an event like this. 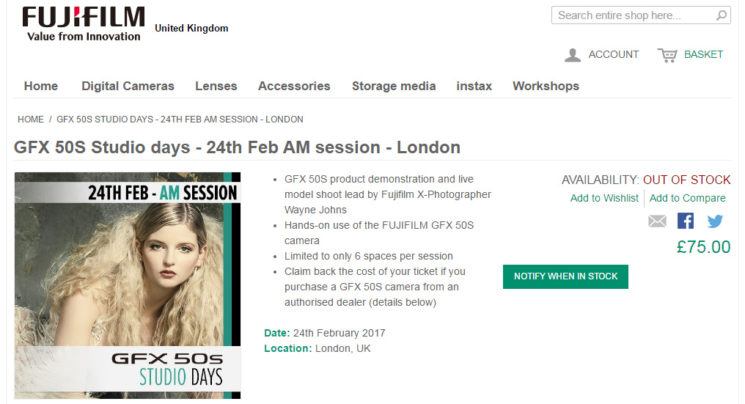 Looking at Wayne’s work for L’Oreal, which contains topless models, it certainly seems like the kind of imagery the GFX 50S would be well suited to. However, possibly not the best choice of subject for such an event.