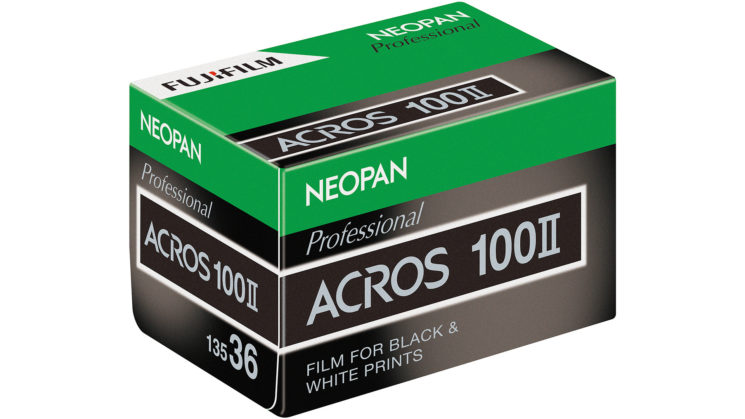 Well, this is kinda cool. It appears that Fujifilm isn’t doing everything they can to forget film exists, after all. It was mentioned last July that Fuji might be planning to bring back some black & white film, and now they’ve just gone and made it official.

They’re starting with Neopan ACROS 100II. Technically, this isn’t a reintroduction. It’s a new formula, which Fuji says gets around the issue of raw material availability in the old ACROS 100 formula.

“Achieve ultra-high image quality with world-class graininess and three-dimensional tone reproduction Black and white film NEO PAN 100 ACROS (Across) II” the press release title reads. Although there’s a slight translation issue. It has been pointed out to Emulsive in comments that by “graininess”, Fuji really mean “granularity”.

Fuji terminated black & white film sales last autumn due to a decrease in demand, they say, and due to the difficulty in obtaining the raw materials essential for its manufacture. Apparently, though, Fuji has noticed that demand has gone up and they’ve suddenly found “substitutes” for those raw materials to create the new film.

The newly developed ACROS 2, Fuji says, achieves the world’s highest level of granularity on black & white film with ISO 100 sensitivity thanks to Fuji’s proprietary “Super Fine-Σ particle technology” – a technology they say contributes to both the fine grain structure and

The new film is coming in 35mm and “Brownie size” (I’m assuming that’s supposed to be 120 medium format roll film) in Autumn, although a price has not yet been mentioned. We’ll keep you posted when we find out more.